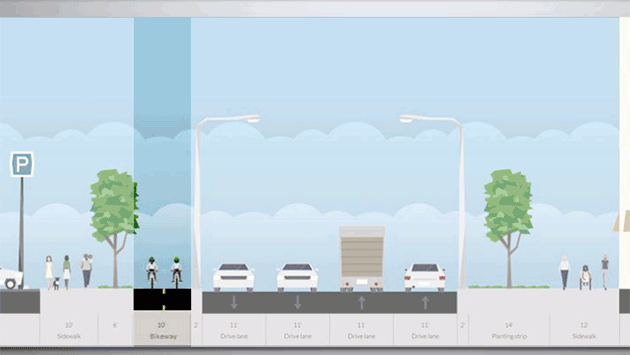 City officials Monday will ask aldermen to delay plans to add bike lanes to Sheridan Road until 2017 but move ahead with a multi-million dollar water main project on the street next year.

In a memo to aldermen, Public Works Director Suzette Robinson and Utilities Director Dave Stoneback say they've concluded that the water main, street repaving and bike lane work can't all be completed during the summer months next year when traffic is relatively light around the campus.

Under the revised plan to be presented Monday night, the city would spend $5 million next year to replace water mains on Chicago Avenue from Grove to Clark streets and on two segments of Sheridan, from Lincoln to Central Streets and from Ingleside Place to Ridge Avenue, and line the existing water mains on Sheridan from Emerson to Lincoln streets.

The project next year would also involve improvement to underground utilities owned by the university and private utility companies.

The department heads say the rest of the work can't be done in 2016 because that's when work is planned on the Emerson, Ridge, Green Bay corridor, which may divert traffic onto Sheridan Road.

The bike path project received a $1.5 million federal grant this spring, and city officials say the delay in the project won't result in the loss of that grant funding.

Meanwhile, Robinson will seek City Council approval Monday to move ahead with two other bike lane projects in 2015.

The other would connect the existing westbound bike lane on Davis Street through Mason Park to the two-way bike lane on Church Street west of the park. It would also extend the Church Street bike lane from Dodge to Pitner avenues through the Evanston Township High School campus.

Aldermen Monday will also get a more general report on bike policy that calls for focusing future discussion of bike policy issues at the city's Transportation and Parking Committee and launching additional education and safety campaigns as well as considering possible changes to bike regulations.