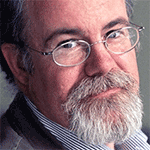 William Easterly — one of the foremost experts on international development — will deliver a lecture on economic growth and foreign aid Thursday, May 22, at Northwestern University.

The lecture — organized by Northwestern’s Buffett Center for International and Comparative Studies and a part of the One Book One Northwestern initiative — will take place at 7 p.m. in Room 107 of Harris Hall, 1881 Sheridan Road in Evanston. It is free and open to the public.

Easterly’s talk, “The Tyranny of Experts: Economists, Dictators, and the Forgotten Rights of the Poor,” takes its title from his newly published book of the same name.

A New York Times review called the book “bracingly iconoclastic” and filled with examples that unfailingly reinforce the theme that people in underdeveloped nations have been systematically betrayed by technocrats in charge of the global development agenda.

Easterly – named by Foreign Policy Magazine as one of the Top 100 Global Public Intellectuals – is professor of economics at New York University and co-director of the NYU Development Research Institute. He is the author of “The White Man’s Burden: Why the West’s Efforts to Aid the Rest Have Done So Much Harm and So Little Good” and “The Elusive Quest for Growth: Economists’ Adventures and Misadventures in the Tropics.”

Easterly has published more than 60 peer-reviewed academic articles, and ranks among the top 100 most cited economists worldwide. He has written columns and reviews for The New York Times, Wall Street Journal, Financial Times, New York Review of Books, Washington Post and other publications.

The Program of African Studies, Global Engagement Summit and Northwestern University Conference on Human Rights are cosponsors of the event in addition to the Buffett Center and One Book One Northwestern.