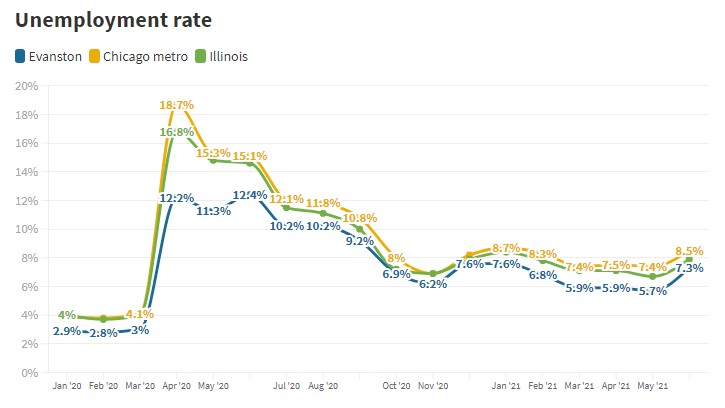 New figures from the Illinois Department of Employment Security show the unemployment rate rose by more than a point-and-a-half in Evanston last month after falling slightly in May.

The figures for June, released today, show the jobless rate at 7.3% here, up from a revised 5.7% in May. That’s still far better than after pandemic-related job losses kicked in in April 2020, but more than double the pre-pandemic rate in early 2020.

The same general pattern is seen in jobless figures for the Chicago metro area and the entire state.

Although the jobless rate here increased, more people actually had jobs — 276 more, in fact, according to the IDES. But with a post-pandemic flood of people back into the labor market, 665 more people were looking for work but hadn’t yet found it.