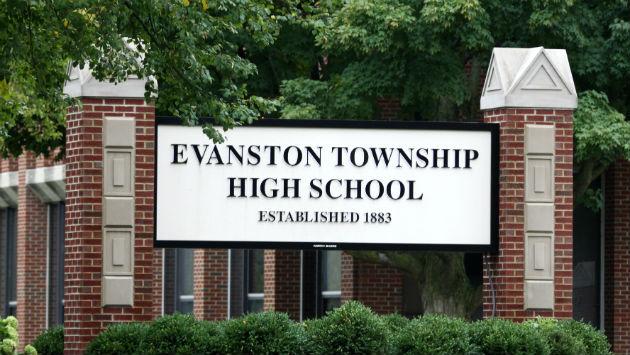 The Teachers Council at Evanston Township High School wants to know what its 300-plus members think about the possible return to in-person classes at ETHS, and what issues need to be addressed in collective bargaining with the school district before a return could potentially take place.

Evanston Now has seen the memo and attached survey from TC president GionMatthias Schelbert to his fellow educators. ETHS has been on remote learning since last March due to the coronavirus pandemic, although recently the school began a variety of on campus, voluntary “in-person experiences” for students, including arts, sports, and academic enrichment.

In the memo, Schelbert says that the ETHS administration is considering a decision which “may impact our instructional delivery model during the 4th quarter.” He says union leadership is “currently assessing our legal and contractual options in order to formulate a response and plan next steps.”

Evanston Now contacted Schelbert after seeing the memo. He tells us that “there is no animosity or friction” between the union and the administration, and that they have always worked together cooperatively. However, he says there is a contact which spells out workplace rules and guidelines. He says this is “not Chicago,” where relations between the union and the school district have been contentious to say the least.

However, Schelbert says, there are issues which “have to be bargained. We are not being obstructionist but are doing what’s legal.”

Besides assembling a demographic profile of the membership, the union survey asks if the teachers prefer the current mix of remote learning and in-person experiences, a hybrid model with some students and teachers in the building for classes and other students at home online, or any other suggestion.

Teachers are also asked about the conditions they consider important to return to in-person classes, such as adequate PPE, updated ventilation in the building, getting vaccinated and several other issues.

Schelbert says there are logistical challenges to reopening the building in the fourth quarter beyond health and safety, which take top priority.

For example, ETHS Superintendent Eric Witherspoon has promised 30 days’ notice for a school reopening. Even if that notice came this Monday (and there is no indication it will), in-person school would then not start until April 1. The last day for seniors is May 13, and for all other students it is May 29. Schelbert wonders if it is worth disrupting the current educational model for students to get only a few days in the building before the semester ends.

That’s because under a hybrid structure ETHS had previously released, only 25% of the 3,600 students would be in the building per day, with the other days still on remote learning. With school ending in May, each pupil would only get a handful of in-person class days before summer vacation.

Schelbert says ETHS is actually on a hybrid model now, just not one which other districts may be using. He says the mix of “in-person experiences” plus remote learning should be allowed to “work its way through to see if it is successful.” Hundreds of students have signed up for the optional activities, and he says the system “has promise.”

Still, Schelbert says it would be “foolish” of the union to take a return to some sort of in-person school off the table. “We just want to keep the dialogue open for if and when a decision is made,” he adds.

Evanston Now has contacted the ETHS administration for a reaction, but have not heard back. ETHS leaders have said they would like to return to a hybrid class model some time this semester, but have not set a target date.