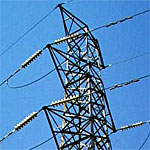 Evanston aldermen voted Tuesday to put a referendum on the March ballot asking voters to let the city negotiate electric rates on their behalf.

The concept, authorized under a 2009 state law, is called municipal electrical aggregation.

She said she expects another 100 to 130 will adopt the program next year.

Fourteen different power suppliers are authorized to do business in the state, and if voters approve, the city would seek competitive bids from them, and select one to be the default supplier of power to city residents.

The cost of power amounts to about 60 percent of the total electric bill, Hurley said, with the other 40 percent coming from power delivery service, which, along with billing, would continue to be provided by ComEd.

Hurley said the only organized opposition to the concept appears to come from companies that market to individual consumers to change their power supplier to one of several that they represent.

City Manager Wally Bobkiewicz said the city has opted not to join a proposed consortium of other North Shore communities looking to negotiate a common deal with power suppliers — because the city has staff in-house that's more knowledgeable on the subject than the organizers of the consortium.

Several community environmental activists spoke in favor of the referendum and also urged that the city negotiate for so-called "green" energy from solar or other environmentally friendly sources if voters approve the referendum.

Hurley didn't directly answer that question, but said the cost would likely depend on a variety of factors. She added that so far Oak Park is the only community in the state that has opted to purchase 100 percent green energy.

While the rates municipalities have been able to negotiate have been considerably lower than what individual consumers are offered, Hurley said, it is expected to take at least until next August to get the municipal plan in place.

So, Hurley said, it could be advantageous for consumers to sign up individually now with an alternative supplier, if they can get a short-term contract.

The big cost advantage for other suppliers over ComEd may be rather short-lived. Crain's Chicago Business reports experts believe the pricing gap will narrow within two years as ComEd's current high-priced power-supply contracts expire.

If the referendum is approved, individual consumers would still be able to opt out of the city's power supplier agreement, but it would become their default choice, as ComEd is now.