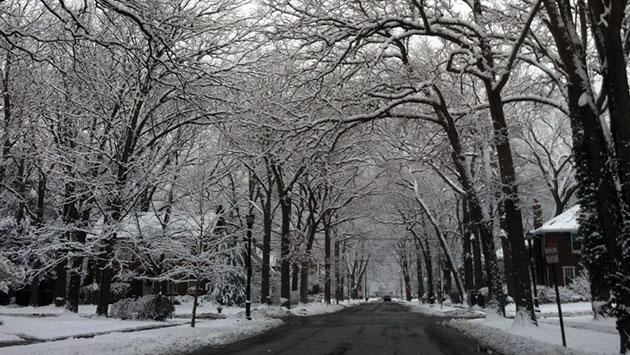 Flurries are falling in Evanston at this hour, but that's just an opening act for the snow that's expected to hit tonight and tomorrow.

The National Weather Service is forecasting up to an inch of snow overnight with another inch or two possible during rush hour Wednesday morning.

A winter weather advisory is in effect from midnight tonight through 10 a.m. Wednesday with treacherous travel conditions expected for the Wednesday morning rush hour — which could see hourly snowfall rates of up to a half inch.

Update 4:40 p.m.: Assistant Public Works Director James Maiworm says Evamstpm city crews have pre-treated most of the main roads in the city with “beet juice” and salt brine. This combination is more effective in colder temperatures.

"We have also added extra personnel to our overnight shift with the expectation of making a major push on the main roads just before rush hour," Maiworm added.

He says the city will ask residents to voluntarily follow alternate side parking rules Wednesday and Thursday and that residents "have been very helpful in moving their cars" to help clear the streets after Sunday's snowfall.