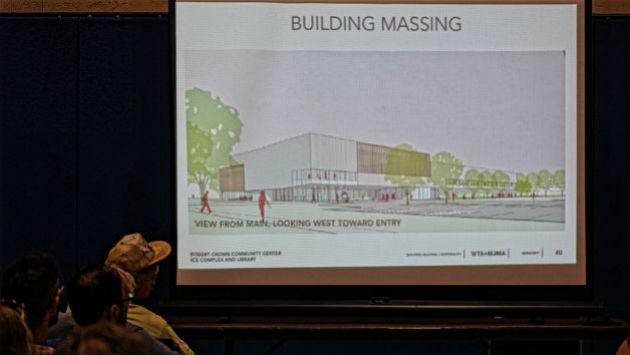 The building footprint is reduced by 10 percent to 90,000 square feet from the June version of the plans. Major factors in achieving that reduction include: 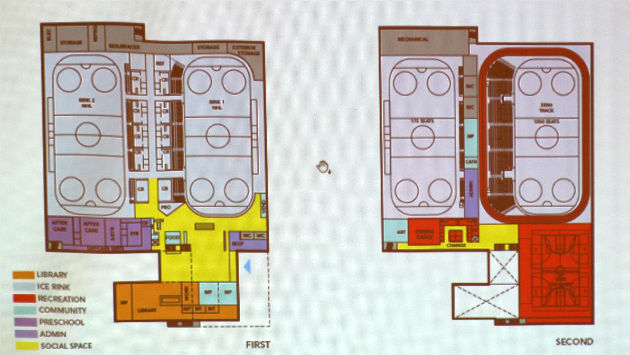 The new first and second floor layouts for the building.

Andy Tinucci of Woodhouse Tinucci Architects told residents meeting in the existing Crown Center’s gym that by doing more detailed studies of parking demand, the project team was able to determine that 225 parking spaces, rather than 300 called for in the June design, would be sufficient. 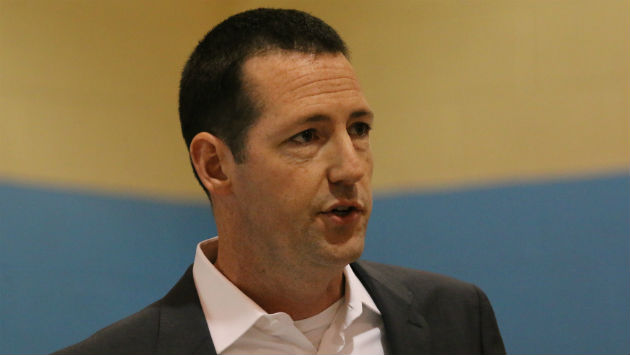 And with a more efficient layout of the parking lot, the space devoted to parking is cut by a third to 80,000 square feet, while the capacity is reduced by only a quarter. 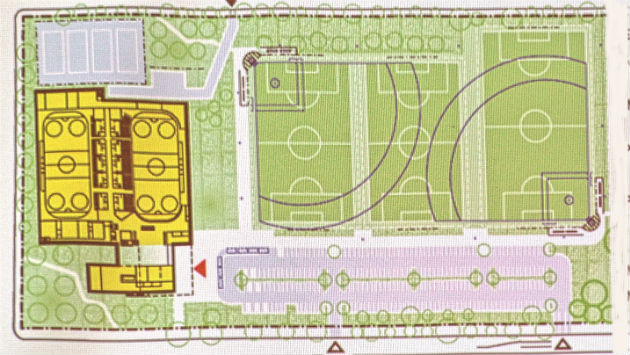 The new site plan, with parking on the Main Street side of the site.

Tinucci said the building design would include large amounts of glass to let ample light in and reduce the need for artificial light.

The steel frame structure is planned to also have metal exterior panels, perhaps with brick near ground level to reduce the need for maintenance.

The outdoor recreation fields are planned to have artificial turf and field markings would be changed seasonally to accommodate different sports.

Tinucci said it was too early in the planning process to determine how adequate parking would be provided during the transition period after the new building is open while the existing recreation center still occupies much of the site.

While residents at the meeting raised a variety of concerns — from possible increases in parking demand on neighborhood streets to the appearance of the building from across Dodge Avenue — the plans also drew praise for successfully “putting together the jigsaw puzzle” of competing goals for the project.

The city is accepting feedback on the plans online and the presentation from Thursday’s meeting is scheduled to be added to the city’s project page later today.