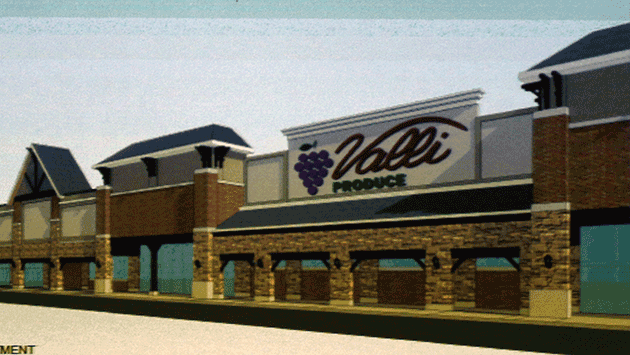 Valli Produce officials unveiled some preliminary drawings for a redesign of the Evanston Plaza shopping center this week and said they're scheduled to close on their purchase of the property later this month.

At a meeting of the City Council's Administration and Public Works Committee, Valli co-owner Frank Greco said they hope to open their store in the space formerly occupied by the Dominick's that closed last December by June of next year. 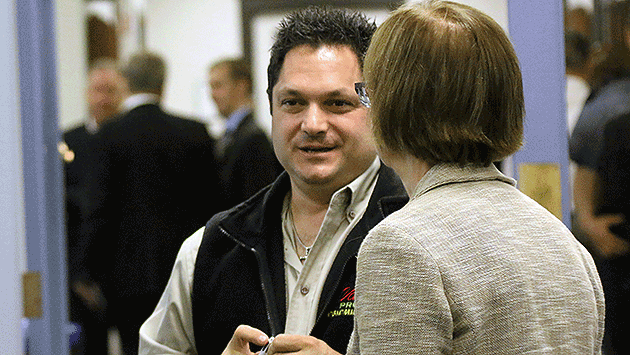 He said Valli  already has a signed sublease with Dominick's owner Safeway for the supermarket space and plan to close on the purchase of the entire shopping center from Bonnie Management on Sept. 18.

Valli plans to expand the supermarket from its existing 58,000 square feet by taking over 11,000 square feet of space in what's now mostly vacant retail shops along the Dodge Avenue frontage of the shopping center. 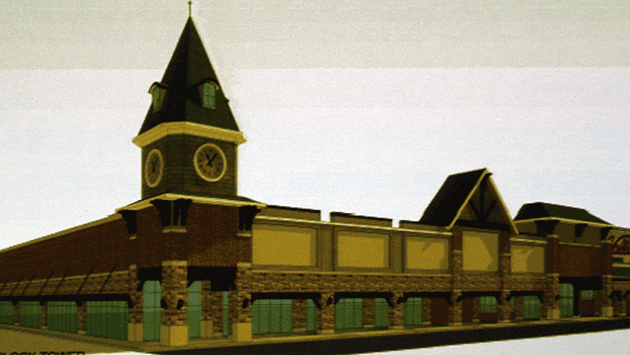 A rendering of a possible new clock tower at the Dodge Avenue entrance to the center.

The Radio Shack that now occupies the corner is on a month-to-month lease, but Valli representatives said they plan to keep the cleaners where it is and move the nail salon to a new location in the plaza. 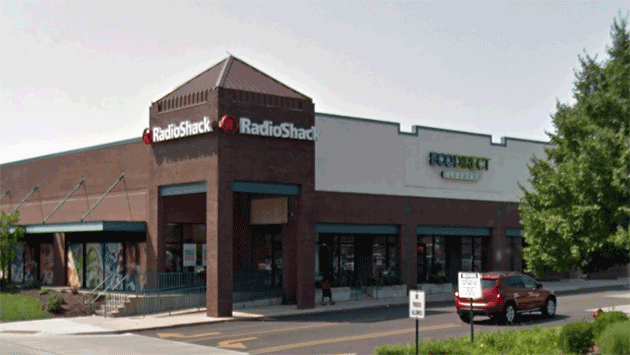 The same area in a recent image from Google Maps.

Valli's architect said said they want to provide "an old world feel" to the center and "freshen a lot of that '80s and early '90s architecture" into a new, more modern appearance. But he added that none of the design elements are yet set in stone.

Alderman Peter Braithwaite, whose 2nd Ward includes the shopping center, said all the neighobrs are really excited about Valli coming to Evanston and thanked city staff for their work in facilitating the project.

Alderman Ann Rainey, noted that some Dominick's stores that have already reopened with new owners look much the same as they were before. "This is great, to make a real statement that this is a new store," Rainey said.

Greco said the store would have between 100 and 200 employees, depending on how many were part-time workers. Store hours would likely be roughly from 6 a.m. to 10 p.m.

Aldermen approved giving the city manager authority to negotiate an agreement with Valli to take over an existing tax increment financing arrangement with Bonnie Management that could provide the owners up to $2 million in assistance with renovation of the shopping center.