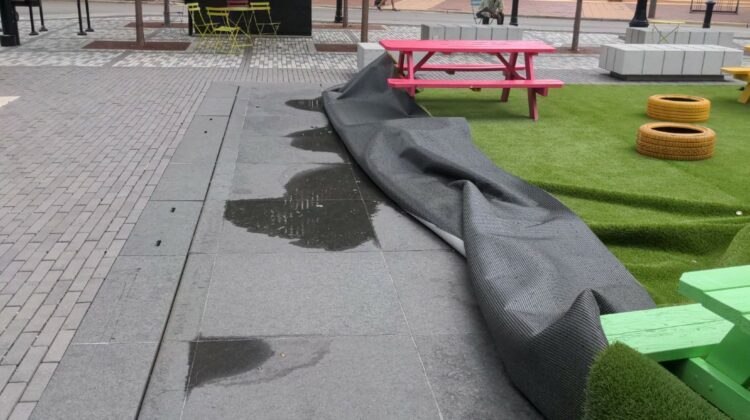 It turns out that the vandal who escaped like the wind from Fountain Square was the wind after all.

On Sunday, the Downtown Evanston marketing group said that the layer of green turf installed over the currently-inactive fountain had been vandalized, apparently sliced with a knife or box cutter.

The organization believed there was no way that weather was the culprit.

However, Executive Director Annie Coakley told Evanston Now on Monday that video from a nearby surveillance camera shows the damage was caused by high winds.

“I can’t believe it, to be honest,” says Coakley. “That turf is so heavy.”

A fix-up company has been called.

The turf was installed along with several colorful picnic tables to provide a more inviting atmosphere while the fountain is turned off pending repairs.