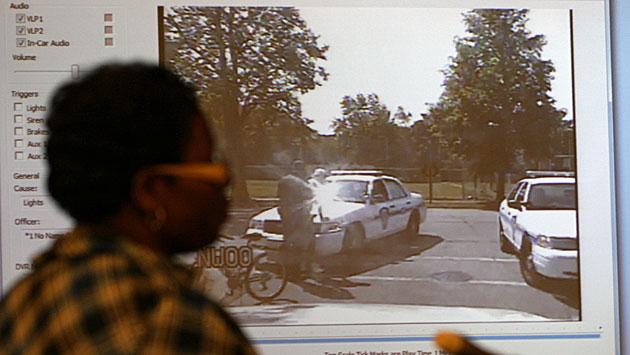 Aldermen got a lengthy report Monday night complete with squad-car camera videos and dispatch audio tapes to explain events leading up to an officer's decision to handcuff a 13-year-old youth last August as a burglary suspect. 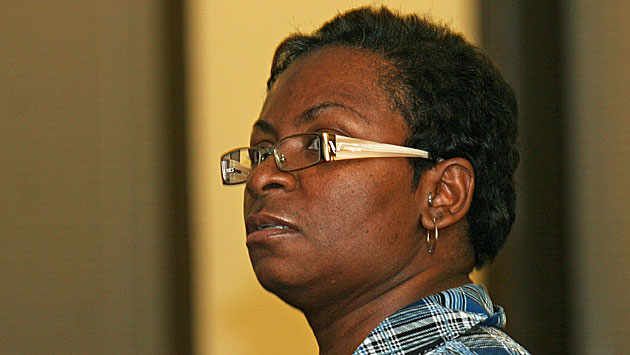 Top: Sgt. Angela Hearts-Glass framed by a projection of video from a squad-car camera. Above: Hearts-Glass making her report to the Human Services Committee.

Evanston Police Sgt. Angela Hearts-Glass, of the department's professional standards unit, told aldermen on the Human Services Committee that her investigation involved interviewing police and civilian witnesses, the 13-year-old, Diwani Greenwell, and his parents as well as reviewing audio and video recordings related to the search for a burglary suspect that day.

She concluded that while Diwani wasn't trying to elude police, he generally did match the description of the suspect in the burglary a few blocks away that officers had available when they stopped him behind his home, and that the decision to handcuff him was reasonable under the circumstances.

Greenwell was released a few minutes later when the burglary victim said he wasn't the person who'd broken into her home.

The department's written report on the incident was released last week. 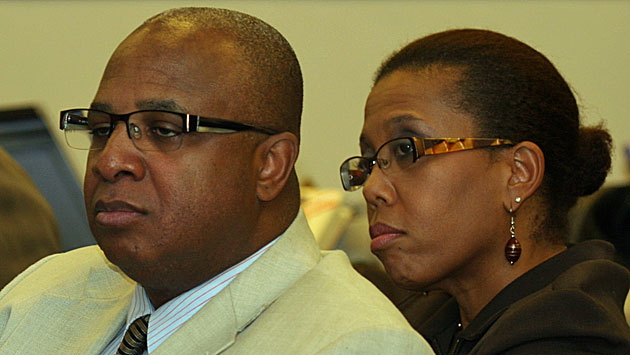 But Greenwell's mother, Ava Thompson Greenwell, who emerged from her home during the incident to claim police were racially profiling her son, continued to object to the department's actions during and after the meeting Monday night.

Thompson Greenwell, a journalism professor at Northwestern University and a Ph.D. student in the school's African-American Studies Department, has filed a federal civil rights lawsuit against police officer Mark Buell, who handcuffed Diwani, although the Greenwell's attorney dropped the city as a defendant in the suit last week. 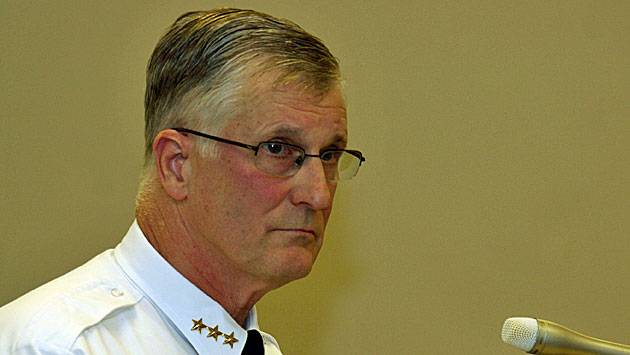 Images from a Facebook account maintained by Officer Buell were included in the federal court complaint the Greenwells filed in an effort to support their claims that Buell has shown bias against minority youths.

Eddington also said he's continuing to work to arrange a new training program for officers to improve their communication skills.

The five aldermen on the committee voted unanimously to accept the department's report.