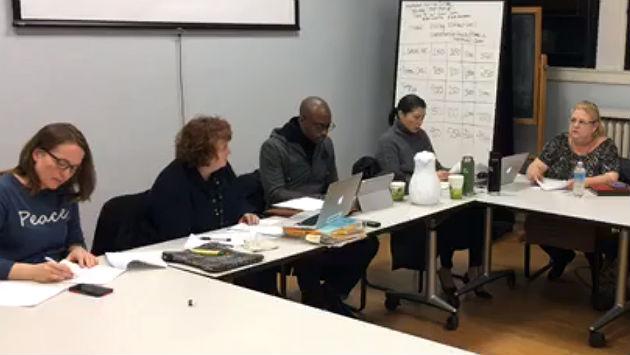 Two members of Evanston’s Board of Ethics appeared this week to violate the same ethical standard they’ve used to reproach one of the city’s aldermen.

After arguing that the city’s Code of Ethics requires aldermen to be impartial on issues that come before them, the board members demonstrated Tuesday night that they’d already made up their minds on a new issue before the board — before hearing any testimony or even scheduling a hearing on the matter.

Given that judges are almost universally expected to refrain from expressing opinions about the subject matter of cases that will come before them, it is striking that members of the quaisi-judicial board felt free to abandon even the pretense of impartiality on this issue.

On the new issue, whether Alderman Ann Rainey, 8th Ward, should have recused herself from voting on the Rules Committee motion to shelve the Board of Ethics report that called for punishing Rainey for her activities regarding the Harley Clarke mansion, the two clearly indicated that they’ve already made up their minds.

Chair Jennifer Billingsley called Rainey’s decision to vote “a per se violation of the Code of Ethics.”

Member Karena Bierman said, “Everybody with two brain cells knows that a person should not be able to vote on an issue that pertains directly to them.”

These assertions came despite the opinion Corporation Counsel Michelle Masoncup expressed during the Rules Committee meeting that nothing in the Code of Ethics prohibits aldermen from voting on a complaint filed against them.

While the other three members of the board did not explicitly indicate that they’d made up their minds on the issue, none offered any criticism of the prejudicial statements made by their colleagues.

The question of whether an alderman subject to a censure motion should be permitted to vote on that motion is an issue that may be worthy of debate, but the Board of Ethics members should have simply noted that the issue had been raised and scheduled the matter for a future hearing at which advocates for both sides would be able to present testimony along with evidence of how the issue is handled by other legislative bodies.

It will be interesting to see whether the two board members who’ve made such partisan, prejudicial comments on this issue will now choose to recuse themselves from participation in hearings and votes on the matter.