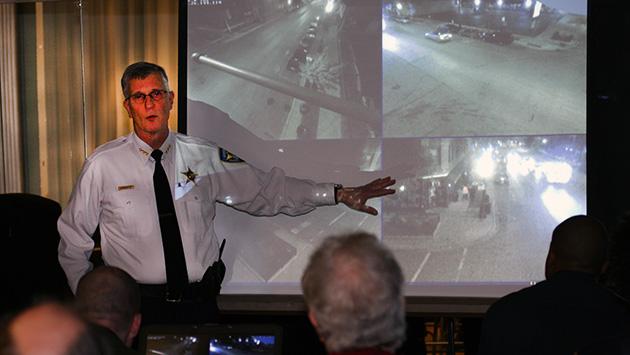 Evanston aldermen next month should approve Mayor Tisdahl's plan to seek a grant to fund surveillance cameras on routes to the high school.

The mayor, along with Police Chief Richard Eddington, who've been promoting the camera concept since October, held the last of a scheduled series of public meetings to discuss the plan at the Fleetwood-Jourdain Center Wednesday night.

Perhaps 20 residents, plus a handful of city officials and reporters turned out for the session.

Some people supported the plan — which would set up a series of cameras along Church Street from McCormick Boulevard to Ridge Avenue and on the full length of Dodge Avenue.

But they were outnumbered by people who raised concerns about whether the cameras would violate privacy or stigmatize the neighborhoods where they were deployed or would simply be ineffective.

And at least one speaker urged more use of cameras, but said they should be placed on residential blocks where recent shooting incidents have occurred. 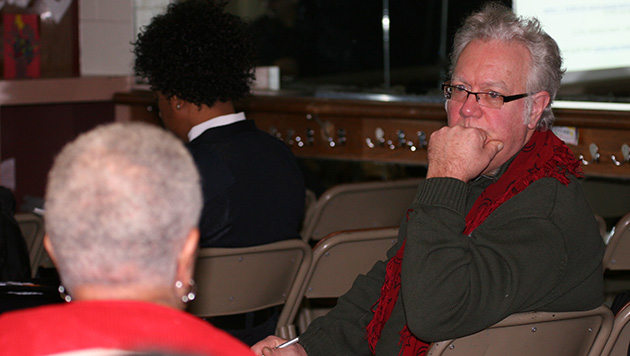 Two residents with differing views exchange comments at the meeting.

Here's why the plan should go forward:

A state-mandated survey shows that more than a quarter of Evanston Township High School students feel unsafe while walking between home and school. The camera system offers a sensible and tangible way for the community to respond to those concerns.

Evaluating the use of Public Surveillance Cameras for Crime Control and Prevention (Urban Institute) (.pdf)