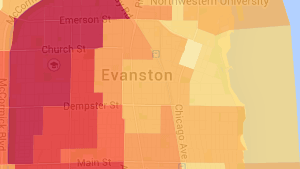 With media attention continuing to Mary Barr's recently published book on integration efforts in Evanston, it seems like a good moment to take a look at how housing patterns have changed here from a half century ago.

Barr's book, "Friends Disappear: The Battle for Racial Equality in Evanston," paints a complex picture of efforts to desegregate the schools and break down patterns of housing discrimination — focusing largely on a group of youngsters she grew up with in the 1960s and '70s.

Last week, a lengthy Chicago magazine interview with Barr was headlined "How Integration Worked — and Failed — in Evanston." And this week The Atlantic's CityLab website largely rehashed the Chicago piece under the headline "The Legacy of a Chicago Suburb's Failed Fight for School Desegregation."

The reality, of course, is that Evanston's schools are integrated. But if it was assumed that integration alone would eliminate racial disparities in academic achievement and career outcomes, well, no, that hasn't happened.

While performance on standardized tests has improved for all students, a large achievement gap remained more than 40 years after the schools were integrated, and continues to exist today.

One thing that has changed is the degree to which neighborhoods in Evanston are racially integrated.

Here's a chart, adapted from one Barr provided for the CityLab article, showing the percentage of black residents in Evanston census tracts in 1960. 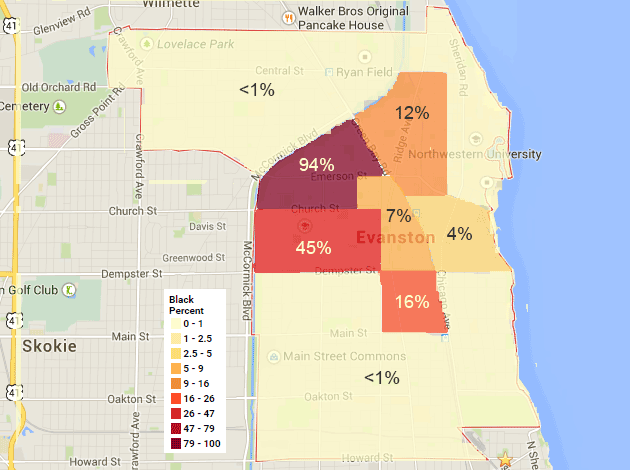 That year 12 percent of Evanston residents were black, and they were for the most part concentrated in just two census tracts.

And here is a chart from Justice Map showing the percentage of black residents in 2010 census tract block groups in Evanston. 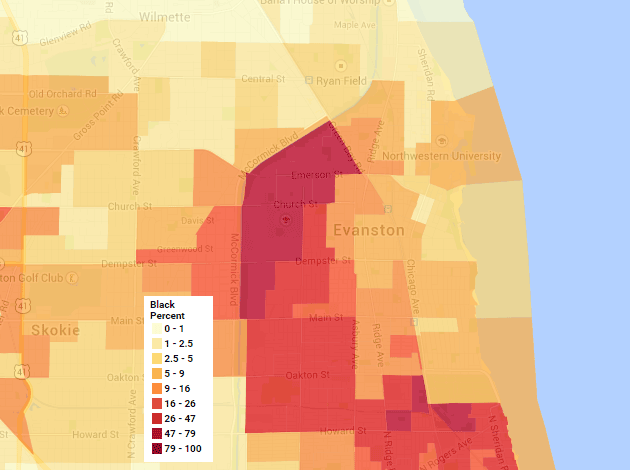 The new data is more fine-grained than the 1960 data, but it illustrates the general trend in the community toward more racial integration, although it still shows far from an even distribution of population by race.

You can explore the 2010 data yourself at the Justice Map site, down to the individual block level.