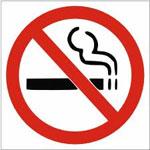 Evanston aldermen Monday are scheduled to vote on an ordinance that would raise the minimum age for sale, purchase or possession of tobacco products from 18 to 21.

The health arguments in favor of raising the age for tobacco sales are reasonably persuasive.

Medical evidence suggests that young adult brains are more susceptible to developing an addiction to nicotine, and at least one community, Needham, Mass., has reportedly cut in half the level of tobacco use among teens by raising the age for tobacco sales to 21 — despite the availability for sale to young adults of tobacco products in other nearby communities.

And it is not unreasonable to ask merchants who benefit from a city-issued license to sell tobacco to enforce the higher sales age.

But raising the age for possession is unlikely to be effective and creates a risk of capricious enforcement that — if it occurred — would encourage disrespect for the law.

With parental permission, the police send an underage youth into the stores who is observed by a police detective while attempting to purchase tobacco products. If the sale occurs, the store and the clerk making the sale are ticketed.

Parrott says that since the start of 2012, the stings have resulted in issuance of 18 citations — and none have involved repeat offenses at the same store.

During the same time period, police have issued only one citation for possession of tobacco products.

Given how widespread the problem of smoking by teenagers remains, it is clear that — if the police found it practical to enforce the ban on possession — they could issue hundreds of such citations a year. This impracticality of enforcement alone makes extending the ban on possession to an older age group seem foolhardy.

And given the inherent unfairness of ticketing a visitor — whether a Northwestern student from another state or a young adult from just across the North Shore Channel in Skokie — for possession of tobacco products — behavior that is entirely legal where they’re from — the wiser course is to raise the age for sales but leave the age for possession unchanged.