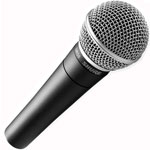 The current system — which permits comments on any topic under the sun at any meeting — can easily be abused, and in fact consistently has been abused by some speakers for more than a year.

Add a few more such speakers to the mix, and the current policy could easily result in severe restriction of speaking time for persons addressing matters that are actually up for decision by the aldermen at a particular meeting.

Furthermore, the current rules — which bar aldermen from responding to citizen comments — preclude serious discussion of relevant off-agenda items when members of the public do raise them.

The aldermen postponed action earlier this month on a proposal from City Manager Wally Bobkiewicz to move public comment on non-agenda items to the end of each meeting — an idea that would have been a modest improvement at best.

An alternative Bobkiewicz raised during debate on that issue — of limiting discussion of non-agenda items to one meeting per month — would be a far superior approach.

Coupled with new rules that would let aldermen engage in a free exchange of ideas with speakers about off-agenda items at that one meeting per month, it could provide a forum for meaningful discussion and a way to sort out which items the council should try to address and which it should ignore.

And, when speakers return again and again to the same tired topic at those monthly meetings, aldermen would also be free to ignore them by not responding.

Limiting those speakers to a dozen shots for cable TV glory a year from the current three dozen or so exposures would provide a distinct improvement to the quality of public discourse in the community.

The current system works reasonably well when speakers are addressing items that are on the council's agenda, because the aldermen get the opportunity to address issues the speakers raise when the item comes up for a vote.

But reform in the handling of public comment on non-agenda items is sorely needed.