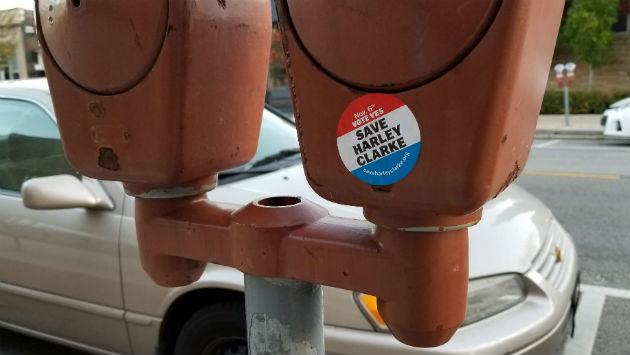 I’m so tired of Harley Clarke. After seven years of trying to decide what to do with it, Evanstonians still can’t agree.

And that is why I’ll be voting no on the “Save Harley Clarke” referendum Nov. 6.

Jennifer Pritzker offered in 2013 to expand the mansion into what most likely would have been an attractive and economically viable boutique hotel.

But aldermen, cowed by the screams of outrage from the “No Park Sale” crowd, rejected the proposal before seriously considering it.

Our local lawmakers, trolling for votes, are now saying the state or federal government could fund a new use for the mansion.

But we’ve heard that song before, and saw the idea of turning it into offices for the Department of Natural Resources evaporate in 2014 when the governorship changed hands.

The Evanston Lakehouse & Gardens group last year proposed what might have been a plausible new use as an environmental education center — but then they got cold feet about their fundraising capacity.

That led aldermen, burned by the 50 years of deferred maintenance under the prior lease to the Evanston Arts Center, to turn down the Lakehouse plan.

If the 3,300 people who signed the petition to put the Harley Clarke referendum on the November ballot had each signed a check to ELHG for $1,500 instead, the Lakehouse plan would be funded.

But it seems most of them want somebody else to pay for their place on the lake.

As for me, I have no desire to see tax dollars spent to memorialize the architectural excess of a 1920s utilities magnate.

People should be free to build a nearly 20,000-square-foot monument to their own sense of self-importance if they choose. But don’t use my tax dollars to preserve it.

The “passive-use-only” lakefront crowd has mobilized against any financially self-sustaining use for the building.

The “preservationists” don’t have the money to save the building without a financially self-sustaining use.

In a time when we’re considering laying off firefighters and police officers to balance the budget so middle-income residents can still afford to live in Evanston, making taxpayers shoulder the burden for saving the mansion is ridiculous.

We have an offer from a group of residents to pay for the mansion’s demolition.

It wouldn’t have been my first choice, but it seems at this point that it’s the best option we’ve got.

More open space parkland is not a bad thing for our landlocked city.