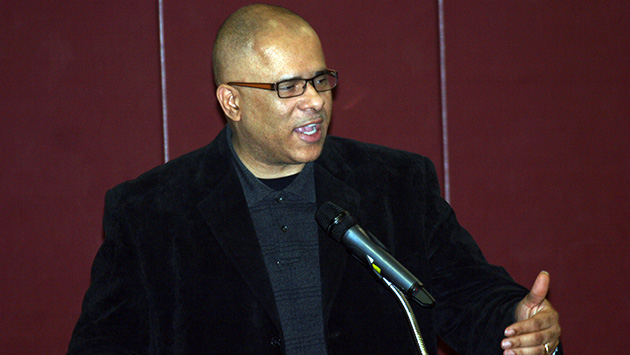 Tio Hardiman, director of Cease Fire Illinois, explained the group's program to combat violence to a group of about 70 people at Evanston's Fleetwood-Jourdain Center Thursday evening.

Hardiman, whose group is part of the organization also known as Cure Violence, promotes a model of treating violence like a contagious disease and placing "violence interrupters" on the streets of troubled neighborhoods to try to persuade young people to turn away from crime.

Most of the interrupters, Hardiman says, are ex-offenders themselves, and of 300 hired for the program, only six have relapsed and been charged with crimes.

He said there's a 40-year history of street violence in Chicago, and that while at one time criminals may have been able to get rich dealing drugs, "there's not a lot of money being made on the streets now."

He said many young people have become numb to suffering because of the stresses in their lives and feel they can't turn their lives around.

But he said the program has had remarkable success in getting youths back to school or into gainful employment. 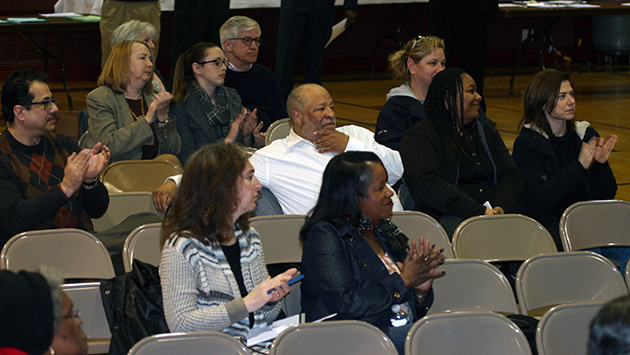 Top: Tio Hardiman. Above: Members of the audience applaud as Hardiman is introduced.

In a room that had been packed with several hundred people a few days after the shooting of 14-year-old Dajae Coleman last September, only about a third of the chairs set up for Thursday's meeting were filled.

Those who turned out included political leaders and candidates as well as neighborhood residents and social workers and several police officers.

The meeting was sponsored by the city, Cook County Commissioner Larry Suffredin and Peaceable Cities.

Evanston has hired several youth outreach workers in the Parks Department who perform work somewhat similar to that carried out by Cure Violence.