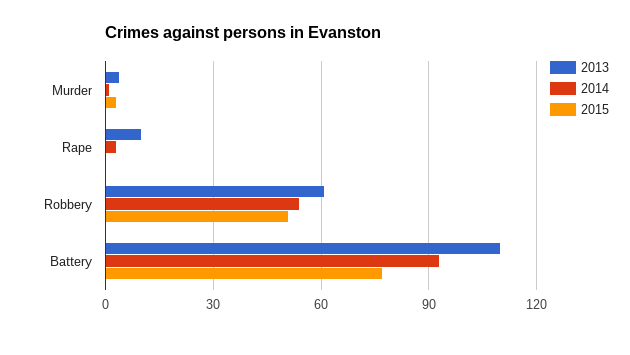 The city showed major drops in three of the four categories of crimes against persons that are included in the annual reports compiled nationwide by the FBI.

While homicides rose to three from one in 2014, there were no reports of rape compared to three the year before. Robberies declined by three to 51 and aggravated battery and assault incidents fell by 16 to 77. Overall the major crimes against persons decline 13 percent last year. 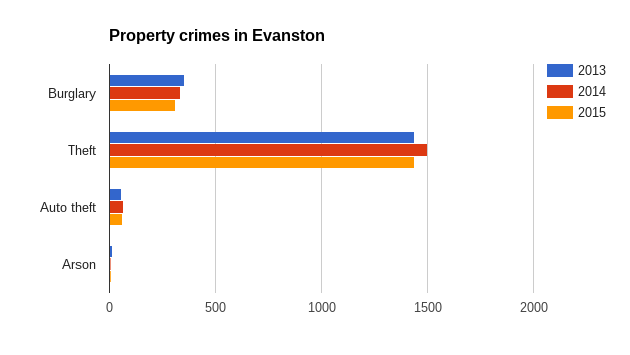 The four categories of property crime tracked in the index also fell last year, on average by 4.4 percent.

Police Cmdr. Joseph Dugan said the decline in thefts is an indication residents are taking more preventive steps to secure their valuables.

Dugan said homicides in the city generally have been related to ongoing rivalries among individuals and groups who obtain guns as tools for use in carrying out other illegal activities.

He said the police department is focusing on getting guns off the street — and recovered 123 firearms during 2015, compared to 88 the year before.