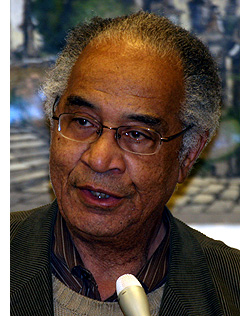 Nearly 100 people turned out for the Human Services Committee discussion of immigration issues in Evanston Monday and about two dozen people spoke. Here are excerpts from some of the comments.

Nearly 100 people turned out for the Human Services Committee discussion of immigration issues in Evanston Monday and about two dozen people spoke. Here are excerpts from some of the comments.

Immigration laws are designed primarily to exclude racial groups, starting with the Chinese. But the Irish, the Jews, southern Europeans, Africans and today the Haitians, all have been excluded at various times

Economics is what drives immigration. The reason Hispanics come across the border is because of our need for a cheap labor force, just like the slaves from Africa or the Irish.

We should speak to the conscience of America … and treat each other like human beings. 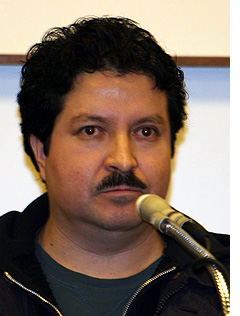 Immigrants have brought a lot to Evanston and have tried to create a good life for their families.

As immigrants we face discrimination. Employers tend to pay us less. They say we can produce more, can take more hardships.

Some African-Americans when they are mistreated raise the issue of being mistreated for their race, and the boss says 'How can I continue to give you a job when you're coming in late or not doing the job?'

Hispanics do care about African-Americans and want to join with them to make a better standard of living in the area, to work together for a better Evanston. 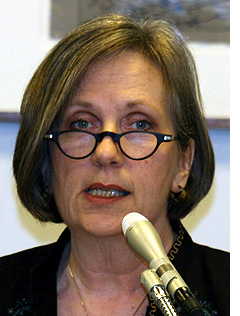 Has experience with domestic violence programs from working at the Evanston North Shore YWCA.

Domestic violence victims are often further abused, because their abusers threaten them with deportation.

This is about victim safety and the ability to report crime without fear of repercussions. 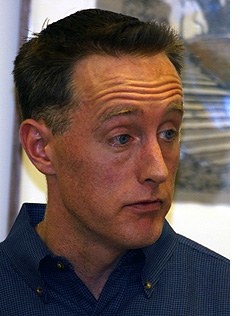 This resolution could put Evanston at risk for litigation and jeopardize the safety of its citizens.

Aldermen should remove the hate language which infers that those who oppose illegal immigration are racists.

You should remove the specific proposals for reform of immigration laws until you can hold a referendum on the issue. 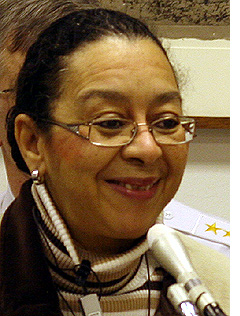 An activist with the local NAACP.

I have not received any complaints from any person with a Spanish last name regarding any discriminatory practices in Evanston. On the other hand I have received complaints from at least five African-American residents … about not being able to keep their jobs because of the number of Hispanics hired.

I don't feel this resolution is necessary. We have not had any pattern of practices that have unfairly treated any non-cizizen resident of the community in the delivery of any services.

Evanston is very diverse ehtnically and racially. We want all our citizens to be afforded the same courtesy.

The poor people of our community are the ones who suffer all the time — regardless of the color of their skin or ethnicity. 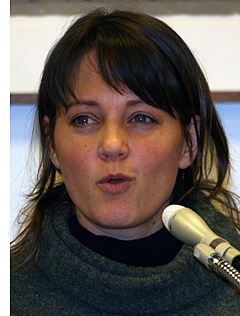 I moved to Evanston because of the concern here about justice and diversity and human rights, and because it's asafe place.

Victims and witnesses will be scared to go to the police if they think the police will be looking into their immigration status.