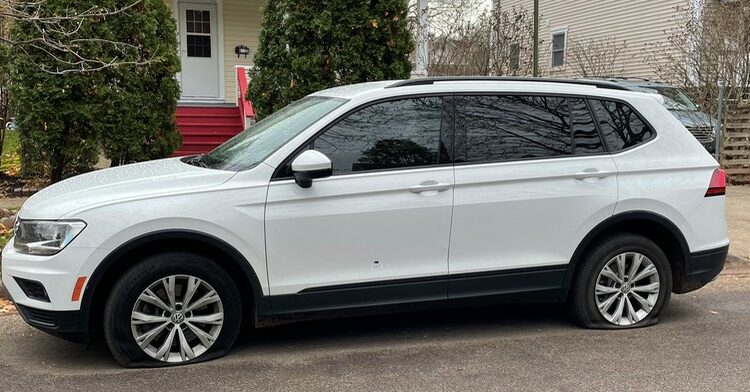 A car with flat tires and a bullet hole in the driver's door after the Friday evening shots fired incident.

Evanston police say they located 22 shell casings in the 1400 block of Foster Street while investigating a report that occupants of a white Jeep fired at a 2018 Volkswagen at about 7 p.m. Saturday near Foster Street and Jackson Avenue.

The driver of the Volkswagen, a 22-year-old Evanston man, was not injured, according to Cmdr. Ryan Glew, and the occupants of the Jeep fled the scene and have not been located.

Witnesses who live in the area told police that they heard multiple loud reports and thought at first that they were hearing firecrackers going off, Glew said. The police report did not indicate the caliber or model of the weapon responsible for the shell casings that were found, Glew added.

The victim said he knew of no reason for the attack, Glew said.