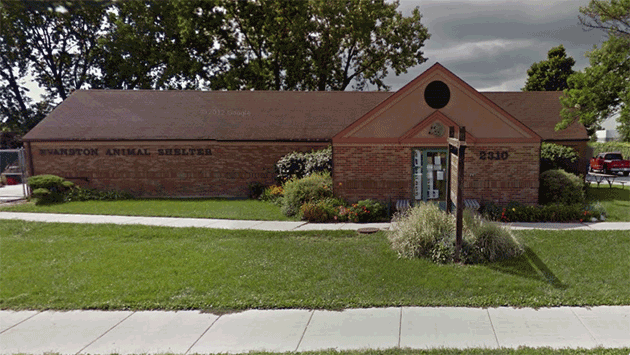 Evanston officials are considering possible changes at the city's animal shelter after some volunteers there complained that the shelter euthanizes too many abandoned dogs.

The Evanston Review reports that the volunteers say the shelter, which is largely managed for the city by the non-profit Community Animal Rescue Effort, has euthanized nearly half the dogs brought to it.

That's about twice the rate at some big-city shelters, and ten times the kill rate at some smaller shelters in the area, like Waukegan Animal Control.

The issue is expected to be on the agenda for the City Council Human Services Committee meeting Feb. 3.

Top: The Evanston Animal Shelter at 2310 Oakton St. in an image from Google Maps.