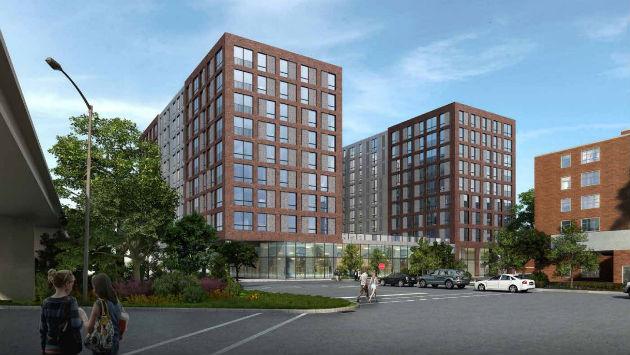 The delay came at the request of the project developer, Tim Anderson of Focus Development.

It appeared Anderson believed there weren’t enough votes Monday to win approval for the project.

The City Council had split 5-3 in voting to introduce the project on April 17, with Alderman Mark Tendam, 6th Ward, absent from that meeting.

All three of them were present Monday night, but Alderman Peter Braithwaite, 2nd Ward, who had voted in favor of the project last week, was absent.

Tendam didn’t indicate during Monday’s meeting how he planned to vote. The development needed a simple majority to win approval.

Aldermen voted to hold action on the project until their next meeting, May 8. But that session is scheduled to be a transition meeting to the newly elected council with action to be taken only on “essential” items. So it appears the 831 Emerson planned development will be delayed again, until the council’s May 22 meeting.

Two residents of the Sherman Gardens co-op across Emerson Street from the planned development were the only speakers about the project during public comment Monday. They both opposed it.