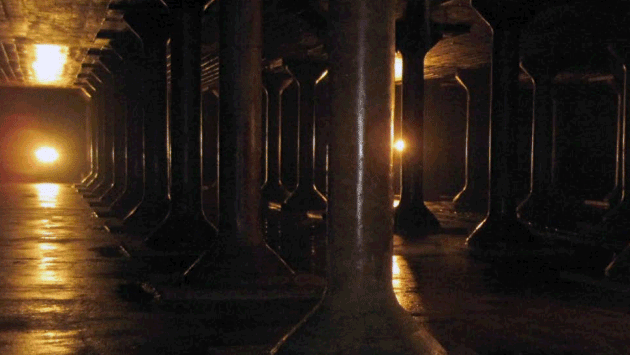 The request for the delay came from Alderman Judy Fiske, 1st Ward, who said she wanted to see a consultant's report on the condition of the reservoir prepared by Northwestern University before voting on the new study.

Utilities Director Dave Stoneback said he'd received a draft copy of the report from NU, and provided it to a resident, Junad Rizki, in response to a Freedom of Information Act request, but hadn't felt comfortable distributing it to aldermen because it wasn't a final report.

The NU study, and a similar one prepared by a consultant for the city which the aldermen have received, both recommend repairing or replacing the reservoir's roof because of cracking and other signs of weakness in the roof.

Stoneback and City Manager Wally Bobkiewicz have urged taking a broader look at possible alternatives for storing treated water at the city's water plant as the city also explores options to expand its water sales to other communities.

The new study is budgeted at $86,000, and would look at six alternatives — including repairing the existing reservoir, or building a completely new reservoir on the same or a different site

The reservoir, built in 1934, is located just south of the water plant on land the city leases from Northwestern. A university parking lot sits on top of the reservoir.

Bobkiewicz said he believes the additional research is necessary to make sure the city fully explores its options. We don't want to be penny wise and pound foolish," he said.

With a second from Alderman Peter Braithwaite, 2nd Ward, the request from Fiske to delay a vote on the study until the council's next meeting was automatically approved.

Bobkiewicz promised to provide copies of the NU study to the aldermen before the next meeting.

A consultant to the city has estimated that if the roof were repaired, the reservoir, now 80 years old, would have a remaining service life of 30 years.

2012 reservoir study by CTL Group for City of Evanston