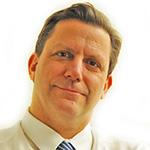 Wade previously served as director of government affairs for the agency.

“We are excited to have Andy lead the new department at Metropolitan,” said President and CEO Ric Estrada. “It will bring the communications function into closer alignment with key strategic initiatives and our government affairs work, which Andy has led since he joined Metropolitan in 2011.”

Wade has more than 20 years’ experience in organizational and campaign leadership, advocacy, fundraising, external relations and strategic communications. He also has a proven ability to forge networks among diverse stakeholders.

Wade holds a bachelor’s degree in history from Macalester College and has pursued doctoral studies in education policy and leadership from the University of Illinois at Chicago.