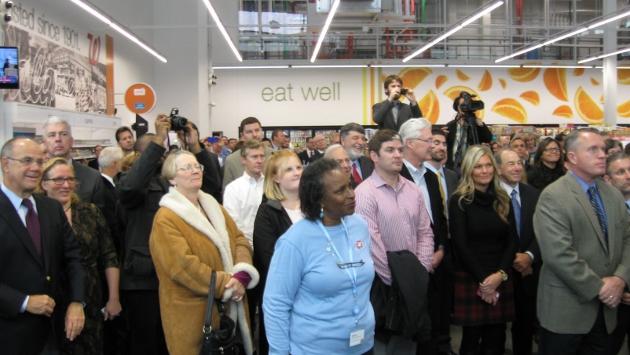 Neal  Shankman,  a Forest Avenue resident, was the first customer Thursday to enter Evanston’s new Walgreens store on Chicago Avenue, lauded as the most environmentally-conscious retail establishment in the country. 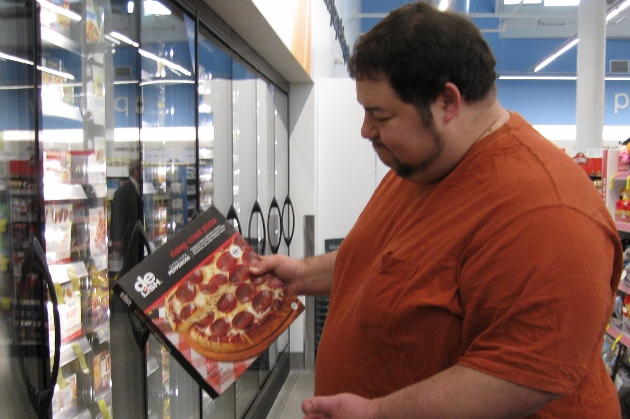 Conceived by Walgreens executives about three years ago as an experimental model for future stores in the 8,000-unit chain, the Evanston location was chosen for its proximity to the company’s Deerfield headquarters and because of Evanston’s reputation as a leader in urban sustainability.

Even though the store is expected to consume about 200,000 kilowatt hours of electricity per year, its combination of 800 solar panels and two wind turbines, aided by LED lighting and geothermal technology, is expected to generate about 220,000 kwh per year. 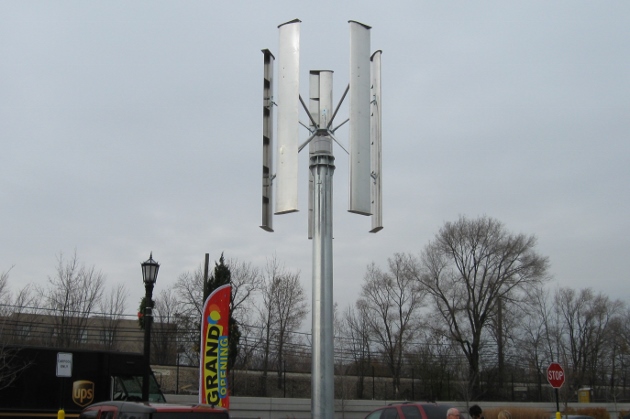 One of the wind turbines, beside the Chicago Avenue entrance to the parking lot

That would make it a “net zero” facility that will be the envy of the world, according to company officials and community leaders who participated in Thursday’s grand opening. 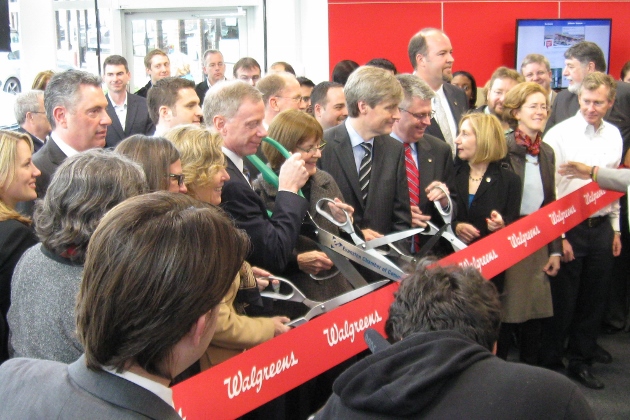 In remarks to the crowd of about 100 persons, Mayor Tisdahl congratulated Walgreens “for being brilliant enough to build it in Evanston.” 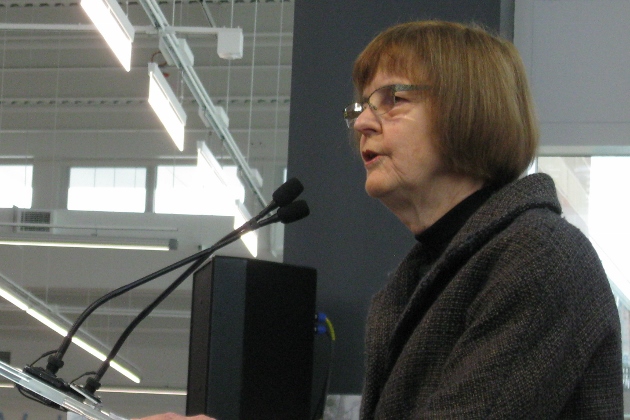 Jamie Meyers, the company’s manager of sustainability, described the facility as “one of the most unique retail buildings in America.” 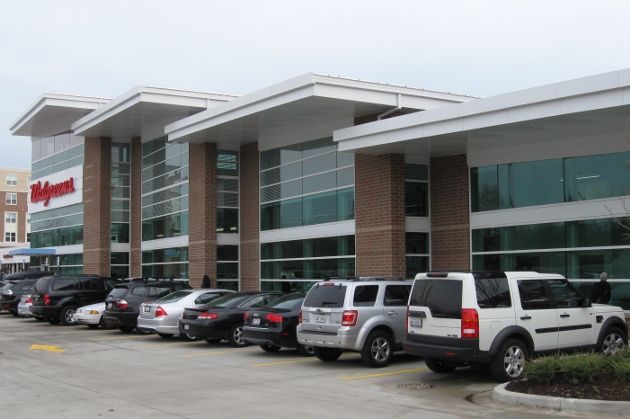 Exterior of the store, located at Chicago Avenue and Keeney Street

GreenChill’s Store Certification Program was designed for supermarkets, but this is the first time a GreenChill certification has been awarded to a small-format store, such as a convenience store or pharmacy, according to a company news release.

The Evanston location also showcases the new Walgreens “Well Experience” store format with features that include an enhanced, state-of-the-art pharmacy designed to encourage greater interaction between pharmacists and patients.