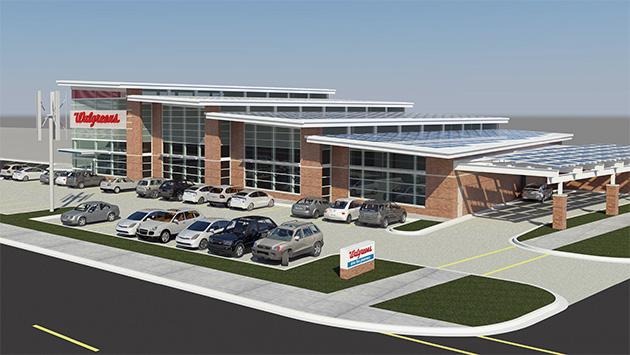 As reported by Reuters and other media from a company news release, the Deerfield-based drug store chain anticipates that the new store, with solar arrays on the roof and wind turbines out front, will generate about 256,000 kilowatt hours of electricity each year, while using only about 200,000 kilowatt hours.

That would make it what Walgreens claims will be the nation's first "net zero" energy consumption retail store.

The plans for the radically new design were presented to Evanston officials last October and replaced an earlier, more conventional design for rebuilding the store at the corner of Chicago Avenue and Keeney Street.