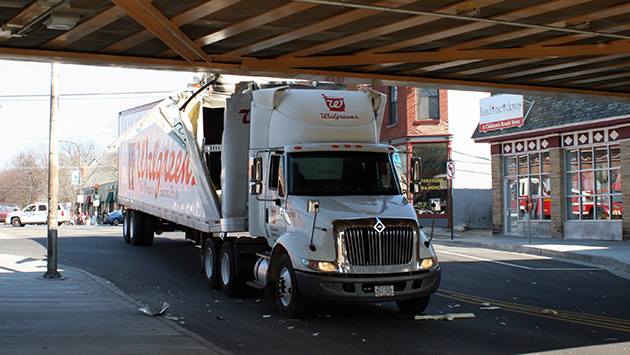 A Walgreens drug store semi-trailer truck plowed into the new CTA viaduct on Dempster Street at Sherman Place this afternoon.

The impact ripped open the front of the trailer unit and damaged the wind deflector atop the truck's cab. 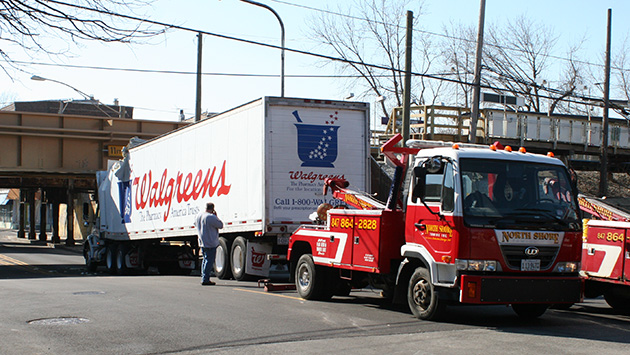 Two tow trucks from North Shore Towing were called to pull the rig out from under the viaduct. 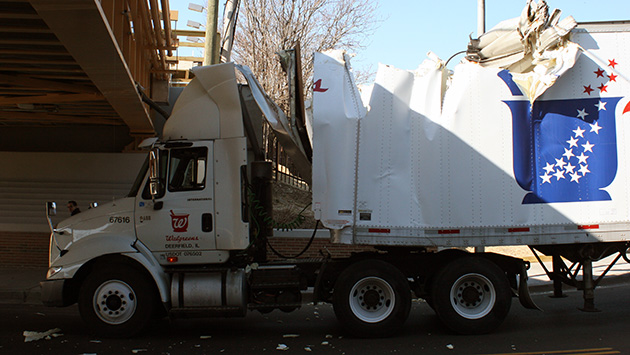 Police blocked off traffic on Dempster Street in both directions and on Sherman Place while the truck blocked the roadway.

There were no immediate reports of any injuries from the 4 p.m. accident and CTA Purple Line service across the viaduct was not interrupted, according to the CTA website.

About two-and-a-half years ago a smaller truck managed to squeeze under the old CTA viaduct but hit the somewhat lower Metra viaduct a few dozen feet to the west.

The century-old Dempster Street viaduct was one of three on the Purple Line that were replaced last summer.