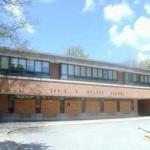 The Evanston/Skokie School District 65’s top electrical energy-saver this April was Walker Elementary School, slashing its electrical usage by 29 percent, compared to April 2011. Coming in second and third were Dewey Elementary and Oakton Elementary, at 23 and 22 percent, respectively.

Thus, Walker is the winner of the traveling Eco Power Challenge Trophy, it was announced Monday night at the District 65 School Board meeting by Lee Kulman, the district’s energy manager. Earlier Monday, the trophy was presented to the school during an assembly program, he said.

To obtain this designation, Kulman said, a building must consume 35 percent less energy than similar buildings across the nation.

Overall for the district, April electricity usage was 48,590 kilowatt hours less than a year ago, a 9 percent decline, for a dollar savings of $4,859.

The Eco Power Challenge originated last year by the Board’s Ad Hoc Green/Sustainability Committee to encourage students to track and identify ways to reduce their electrical power at school.