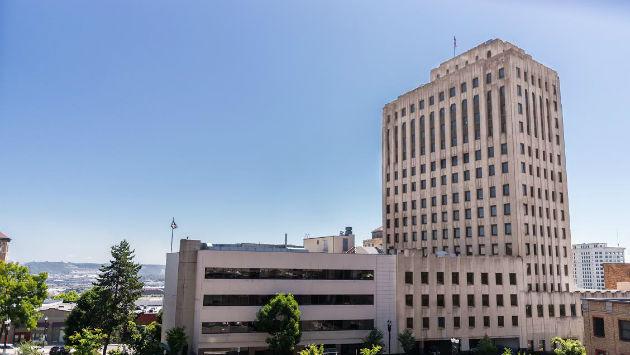 Evanston City Manager Wally Bobkiewicz will meet residents of Tacoma, Wash., Friday as one of four finalists for the position of city manager there.

The meet-and-greet will occur at 5 p.m. Pacific time at the city’s municipal building, which houses offices of city officials, including the city manager.

The City Council of Tacoma has scheduled a special meeting for Saturday morning, when it is expected to select the winning candidate, subject to negotiations on an employment contract.

Bobkiewicz, who has been in his Evanston post since 2009, is vieing for the position with competitors from Fayetteville, N.C., Amarillo, Tex., and Port Townsend, Wash.

None of his three competitors is currently serving as a city manager, although one of them has lost two top city jobs in recent years.

The local newspaper in Tacoma, The News Tribune, noted that six of the nine City Council members voted to put Bobkiewicz on the list of finalists for the city manager’s position, compared to eight, seven, and five, respectively, for the other three finalists.

Tacoma’s new city manager will replace T. C. Broadnax, who resigned in February, after five years on the job, to accept a similar post in Dallas.

Bobkiewicz’ current contract, dated Oct. 13, 2016, with an “indeterminate” expiration date, specifies that if he should resign, he is obligated to give the city 60 days advance notice, although that can be changed through mutual agreement.

If he were terminated involuntarily, he would be eligible to receive a severance payment equal to nine months of his annual salary of $210,206.20. However, he is not entitled to any severance if he resigns voluntarily.

His salary in Tacoma would be subject to negotiation if he should be the chosen candidate. In Evanston, his contract gives him a car allowance of $500 a month and an interest-free loan of $180,000, “applicable to his residence in Evanston,” that he would be obligated to repay within a year, at an annual interest rate of 4 percent, from the date of termination.

In his first full year on the job as Evanston’s city manager, Bobkiewicz’ base pay was $174,825.