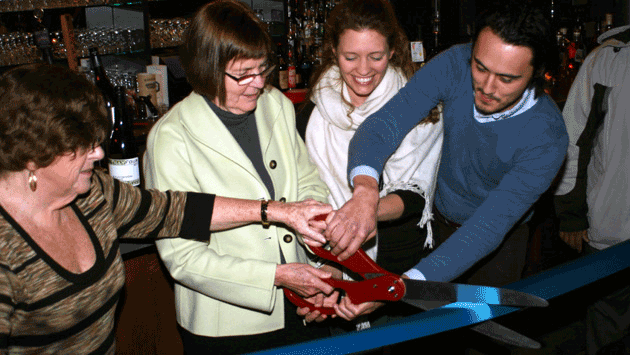 The owners of the Ward Eight cocktail lounge on Howard Street in Evanston are seeking to exercise their option to buy the city-owned building in which the bar is located.

The City Council is scheduled tonight to approve an ordinance authorizing the city manager to negotiate terms of the sale. But those terms are already spelled out in agreements the city entered into to persuade the bar owners to rehab the vacant building and turn it into the cocktail lounge.

The city will be selling the three-story building at 629-31 Howard for $362,650, and will let the buyers, who received free rent for the first year, apply the $24,000 a year in rent they've paid in years two and three to reduce the net purchase price.

Only one economic development loan in arrears