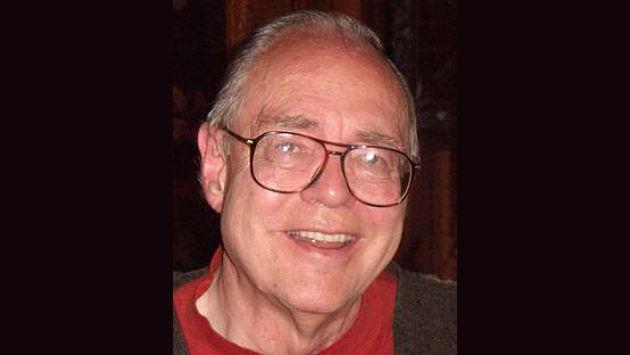 Sidney N. Doolittle, 83, a retail consultant who cofounded the Warehouse Club in Niles in 1983, died last week at the Presbyterian Homes, where he had been a resident for several years.

A memorial service has been scheduled for Jan. 13 at 2 p.m. at the Northminster Presbyterian Church, 2515 Central Park Ave., where Doolittle had served as an Elder, as a Sunday School teacher, and as a participant in the Men’s Fellowship Breakfast.

A resident of Evanston for several years, Doolittle served as president of the Rotary Club of Evanston Lighthouse during the centennial year of Rotary International in 2004-05 and served as a volunteer at the Presbyterian Homes before moving there with his late wife, Barbara.

He was recognized with Emeritus Board Distinction for more than 30 years of leadership with the Greater Chicago Chapter of the American Red Cross. 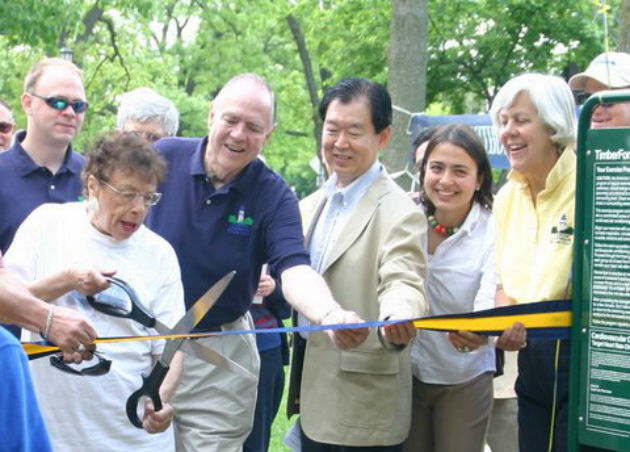 Doolittle, third from left, as president of the Rotary Club of Evanston Lighthouse, assists Mayor Lorraine Morton on May 28, 2005, in the dedication of the Fitness Trail along the lakeside. (Photo by John Searles)

An engineering major at Rensselaer Polytechnic Institute, class of 1957, Doolittle began a 28-year professional career with Montgomery Wards in Albany, N.Y., but was shortly transferred to the corporate headquarters in Chicago, where he became president of the Catalog Merchandise Division.

He left Wards in 1982 to participate in the development of the Warehouse Club in Niles, which opened to the public in 1983. While there, he escorted Walmart founder Sam Walton on a four-hour tour of the club, which preceded the opening of the first Sam’s Wholesale Club by Walmart in 1983 in Midwest City, Okla.

Donnellan Family Funeral Home in Skokie is in charge of arrangements.