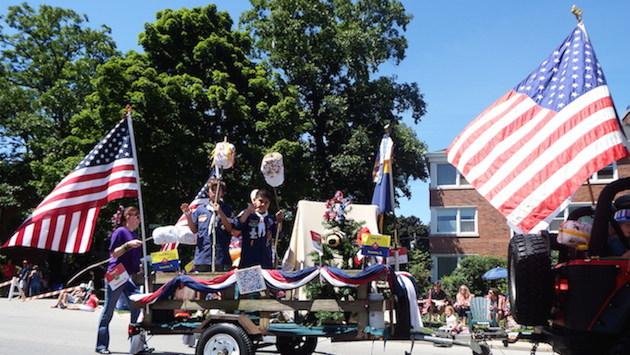 The Evanston Cub Scout Pack 901 waved to the crowd gathered on both sides of Central Street for this year's annual Evanston 4th of July Parade. 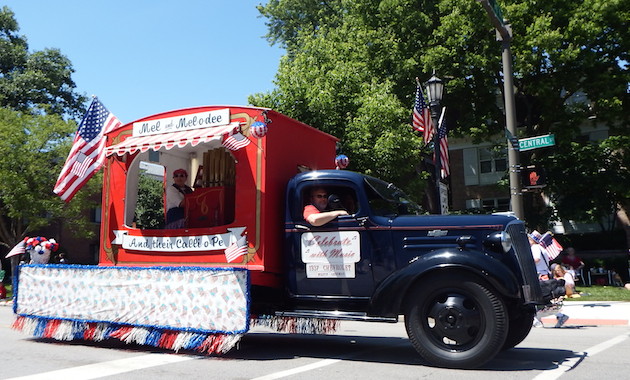 Mel and Mel-o-Dee and their Calliope headed the annual march between Central Park Avenue and Ashland Avenue. 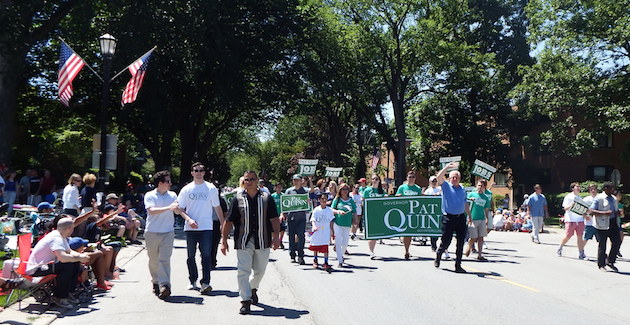 Illinois Gov. Pat Quinn was flanked by supporters as he waved to parade spectators. 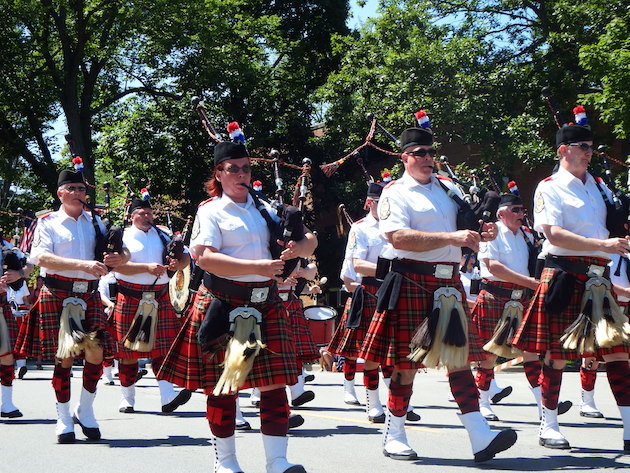 The Pipes and Drums of the Chicago Highlanders presented by the North End Mother's Club were one of many musical acts to entertain the crowd. 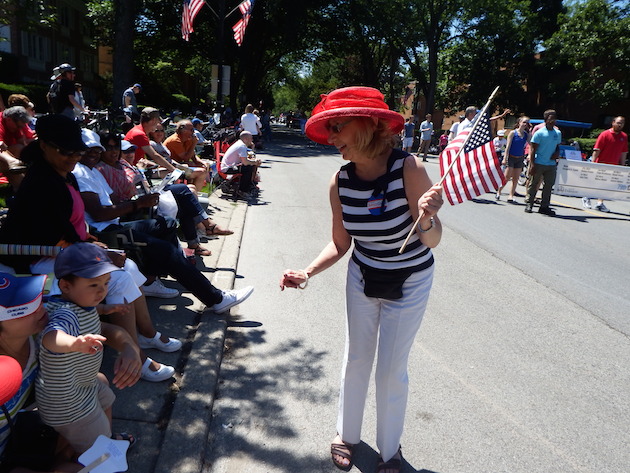 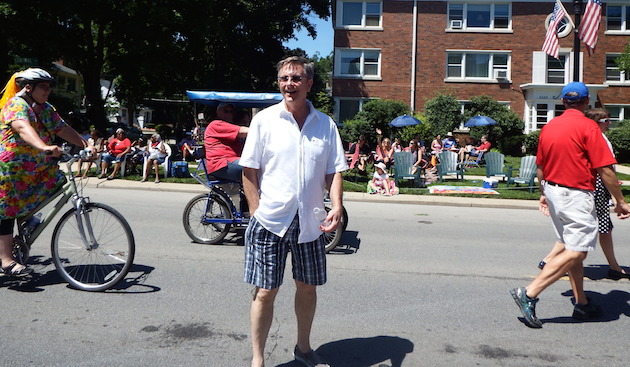 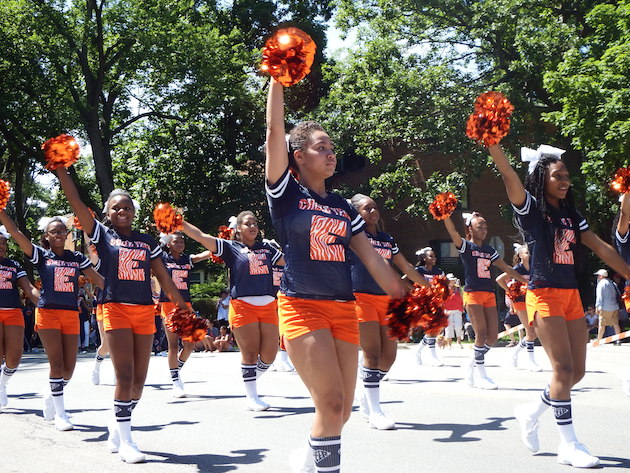 The Evanston Township High School Cheerleaders infused the patriotic parade with a touch of school spirit. 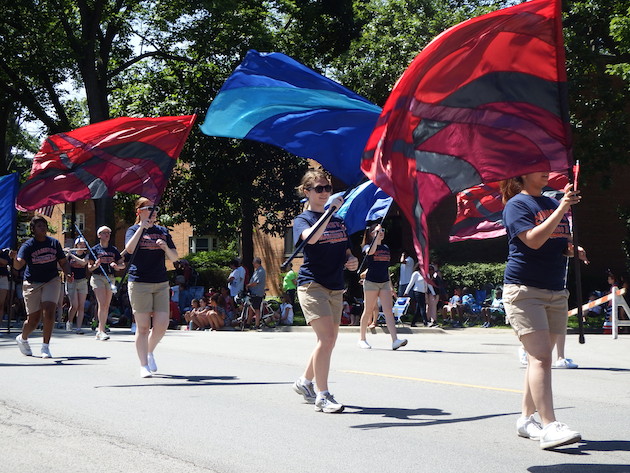 The ETHS Color Guard lead the way for the school's marching band. 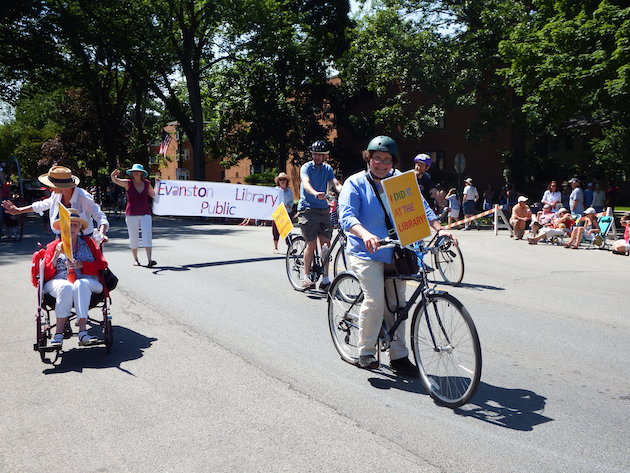 Representatives of the Evanston Public Library flashed smiles at the crowd both on foot and on wheels. 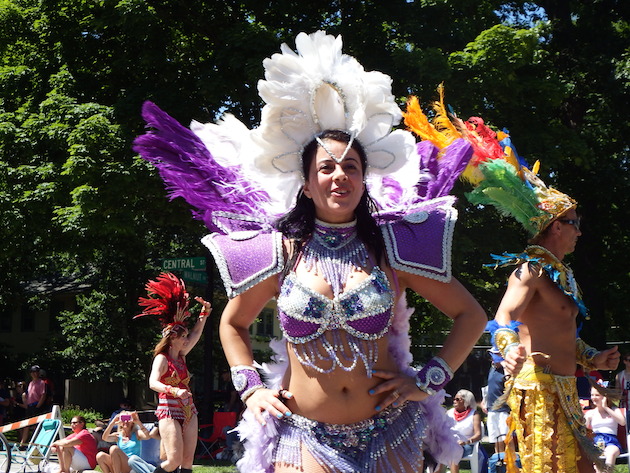 Evanston's Escola de Samba sashayed to applause as they glided down Central Street. 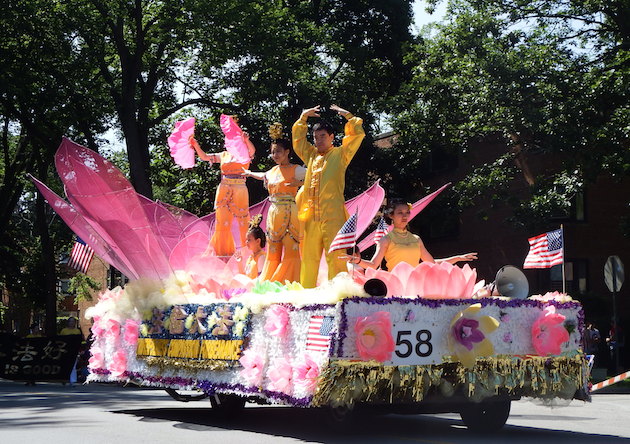 The Mid-USA Falun Dafa Association promoted "truthfulness," "compassion" and "tolerance" while floating along through the parade. 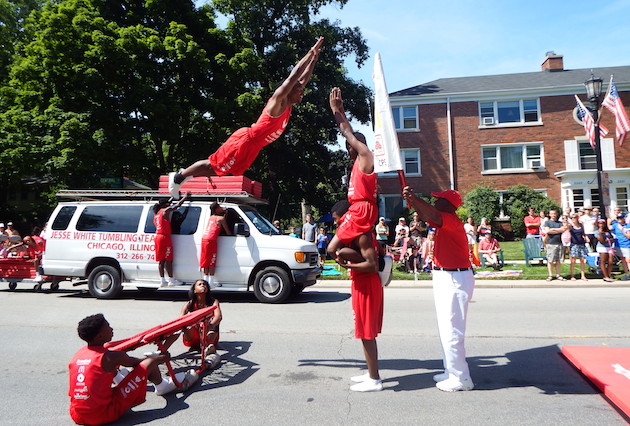