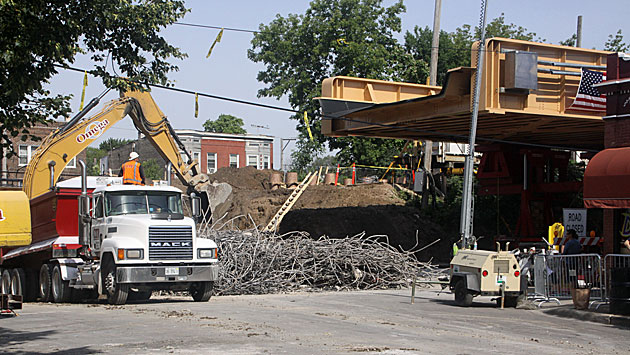 The work means traffic detours at the viaduct sites on Dempster and Grove Streets, but also provides dramatic opportunities for sidewalk construction superintendents to observe the process.

Here's a live view of the work on the Grove Street viaduct.

And here's the live feed from Dempster Street. 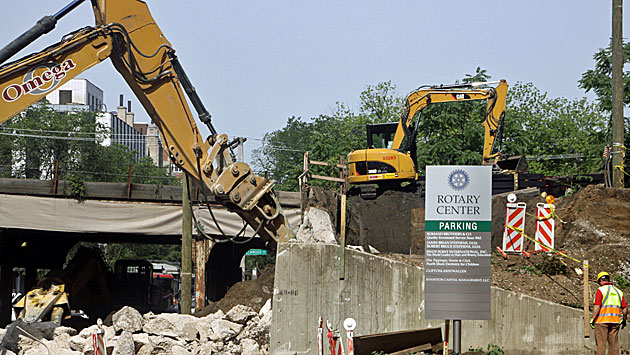 Work at Dempster Street (top) was running a couple hours ahead of progress at Grove Street (above), reflecting the schedule for actually rolling in the two viaducts later this afternoon and early evening. (Mike Perlman photos for Evanston Now.) 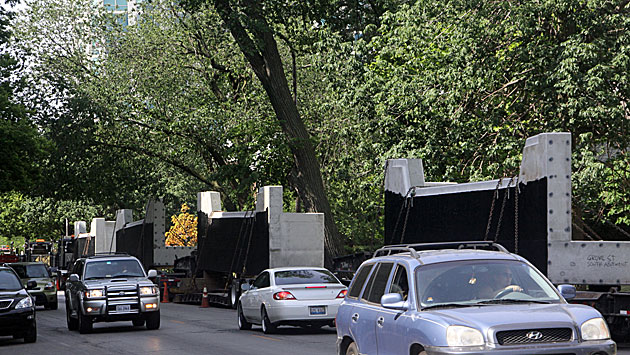 Trucks carrying the massive concrete cradles that the steel viaducts will rest on were lined up on Chicago Avenue between Church and Clark streets. 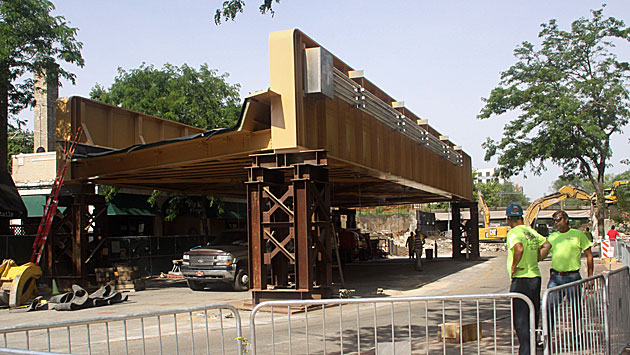 The new viaduct rests on cribbing in the middle of Grove Street where it was assembled.