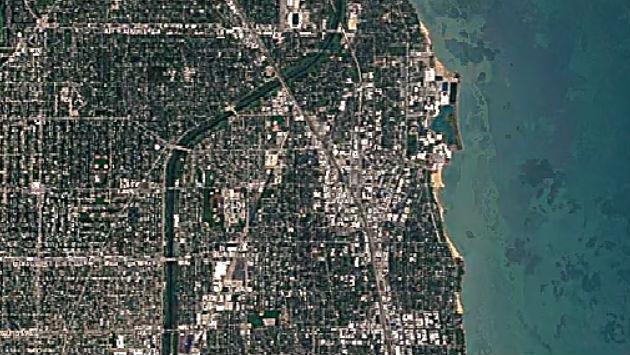 You can get a sky-high view of changes in Evanston over the past 32 years from a new online service.

It’s called the Google Earth Engine and it offers a time lapse view of satellite images of the world.

The earlier images are fuzzy, and the level of detail makes it hard to make out smaller changes — but you can fairly clearly see the addition of new buildings on the Northwestern University lakefill campus, new buildings going in downtown Evanston and the redevelopment of commercial areas along the former Mayfair railroad spur.

If you go to the main Earth Engine site and check out other places — whether the western suburbs of Chicago or an areas like Miami or Las Vegas — you’ll see how relatively modest changes have been here compared to other places.