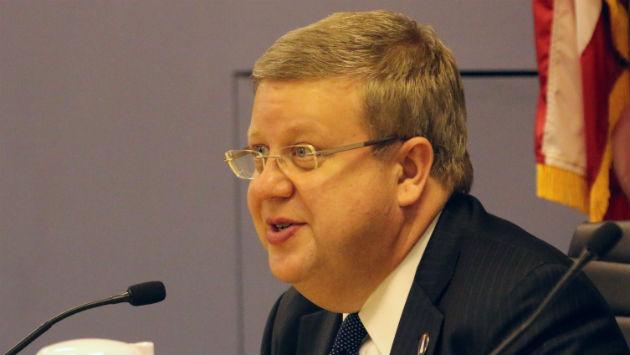 With officials from the two villages sitting in the audience, Bobkiewicz said he believes negotiations will conclude "in the next few weeks" on the agreements, which have been under discussion for years.

"I can't commend enough the management teams in Niles and Morton Grove for sticking it out," Bobkiewicz said. "They've been very diligent in finding the very best way to deliver the water."

Previously negotiations had involved a plan to have the two communities — possibly joined by Park Ridge — build a new pipeline through Evanston and Skokie to serve their towns.

But more recently discussion has focused on a plan that would see the water pumped through Skokie's distribution system. That would avoid the cost of building the new pipeline, and would allow Skokie to gain revenue from fees for the use of its water mains to pass along the water to the additional towns.

Bobkiewicz said Evanston is OK with either approach to hooking up the additional customers. "We're looking for a fair rate for the water coming out of the plant," he said, "as long as we have that, it's fine."

He said that the additional water sales will provide more revenue that the City Council "can allocate as it sees fit in the future."

It's considering switching to having just one connection — which would reduce its fees for use of Evanston's distribution system — and build a reservoir and pumping system of its own to maintain water pressure in the village — which now relies on the water pressure supplied by Evanston throughout its system.

Skokie's contract with Evanston is up for renewal next year, and Stoneback said that based on national standards the rate for the current service system should increase from the $1.06 per 1,000 gallons the village is paying now to $1.75.

But, with the changes the village is considering to its system, Stoneback said, the appropriate rate would be much closer to the current one.