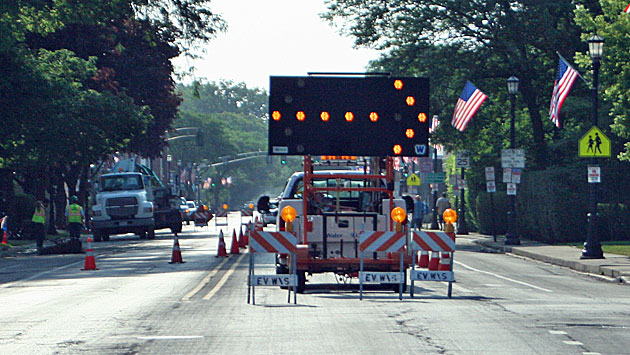 Marchers may have to squeeze right for part of this afternoon's Fourth of July parade in Evanston.

As of shortly after 8 a.m. this morning, city crews were still working to repair a water main break that occurred Tuesday evening on Central Street near Lawndale Avenue.

That's just a little east of the start of the route for the parade, which is scheduled to step off at 2 p.m.

The water main break is in the same area where several breaks occurred last month, and the main there is scheduled to be replaced later this summer. 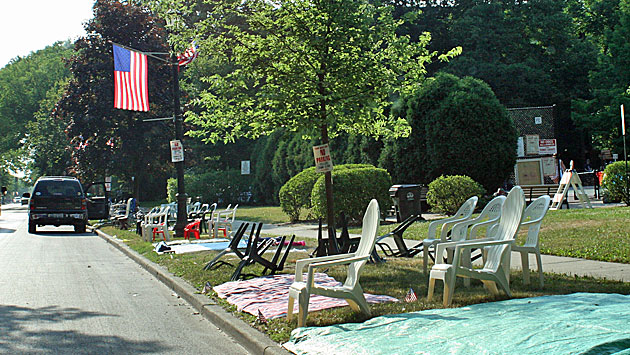 Would-be spectators had placed thousands of lawn chairs along the parade route by this morning, and the city has set up additional cooling stations and drinking fountains to help the crowd deal what what are expected to be near 100-degree temperatures this afternoon.

Assuming we don't melt, Evanston Now will have photos from the parade online by late this afternoon.

ECTV plans to air a tape-delayed broadcast of the parade this evening.

Also on the evening agenda, the band concert at the lakefront starting at 7:30 p.m. followed by the fireworks display around 9:15 p.m.