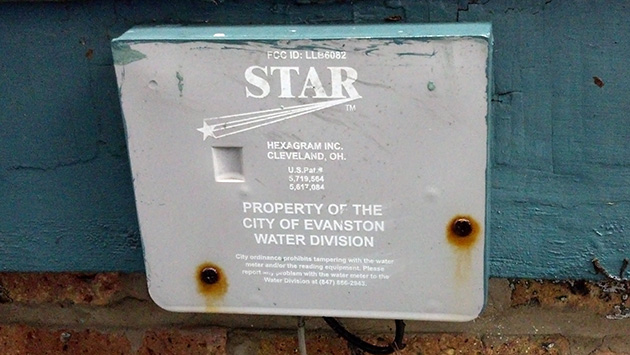 Evanston aldermen this week voted to spend nearly $2.3 million to replace the little grey boxes that report how much water residents use — because some of the existing ones have stopped working.

Utilities Director Dave Stoneback says batteries in about 10 percent of the devices failed during the cold winter months — but about half of them came back to life once the weather started getting warmer.

The existing devices — most mounted on the outside of homes — were installed between 2000 and 2002 and had a 10 year warranty on the batteries, although Stoneback says the units were anticipated to last 15 years.

But he says changes in technology — including the cell phone technology used to collect the data — mean the whole set of meter transmission units needs to be replaced no later than June 2014.

The project will also require replacing about 1,200 of the city's oldest water meters that aren't compatible with new meter reading equipment.

The city is estimating water usage for customers whose meter reading devices have failed — which raises the possibility that some customers might have a leaky toilet or other plumbing failure that could go on undetected for many months during the transition to the new system.

Although city water bills indicate whether the latest reading was "actual" or "estimated" — Alderman Ann Rainey, 8th Ward, said the city should do more to warn residents who are getting estimated bills that they should check to see that the numbers on their meter match what's on the bill.

And Alderman Delores Holmes, 5th Ward, suggested the city needed some sort of amnesty plan for anyone who ends up with an unexpected huge water bill as a result of the failure of the devices.

City Manager Wally Bobkiewicz said the city would make adjustments in cases where such situations were not the fault of the ratepayer.

And Stoneback said city utility workers will install the new devices first at locations where the existing devices have failed.

Water Resources Inc. of Elgin was awarded the contract to replace the devices and Stoneback said the firm plans to hire at least two Evanston residents to work on the project.

Top: One of the soon-to-be-replaced water meter reading devices.