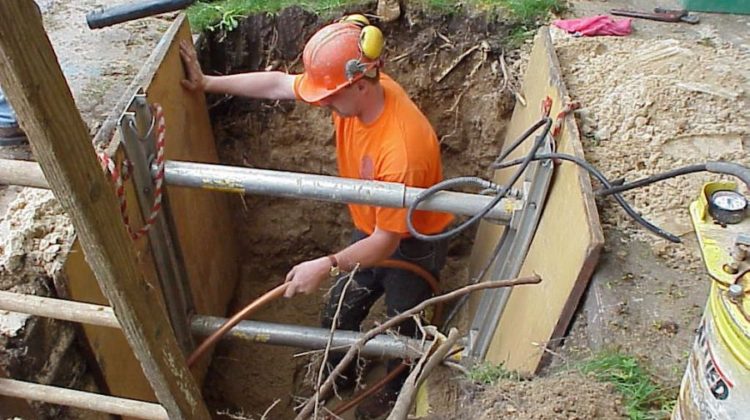 A new federal regulation has Evanston officials trying to figure out how to pay the cost of eliminating lead pipes from water service lines.

Public Works Director Dave Stoneback says testing has shown for decades that the lead levels in Evanston’s water meet federal safety standards, in most years averaging around 5 parts per billion.

Previously the EPA had only required action to replace lead service lines if the lead level exceeded 15 ppb. But the new rules require action at a level of 10 ppb.

Drinking water containing lead has been shown to be a cause of lower IQ and hyperactivity in children and elevated blood pressure levels in adults, among a host of other adverse effects.

The service lines run underground from the water main in the street to the inside of a home or commercial building. Up to a shutoff, usually located in the parkway, the line is considered to be the city’s responsibility to replace. But from there to the house, the cost of a replacement is a burden on the homeowner.

But only about 7% of the people eligible to participate in the program have done so. The loan program is capped at $4,800 per property and has a payback period of four years. So it adds $1,200 a year to a participant’s water bill. And, Stoneback says, the loan may not cover the full cost of the service line replacement, which can run from $4,000 to $8,000.

This video from Galesburg, Illinois, shows the process of replacing a lead service line.

For this year, Stoneback suggested that the City Council reduce the scope of the water main replacement program and use the leftover funds to enhance the loan program.

He suggested several possible options for providing grants for lower income residents and other strategies to encourage full replacement of the lines.

Lead was used for water service lines as recently as 1980 and 85 percent of homes in Evanston are older than that. The city has more than 14,000 metered service line connections. So replacing all the lead lines could be a project costing $50 million or more.

With aging water mains, the city tries to replace at least 1% of its mains each year to reduce the frequency of water main failures, but that means it also has an ongoing need to replace service lines to homes as well.

Stoneback says the city is preparing an application to seek government loan funds that he hopes in future years will cover the full replacement of lead service lines where they’ve already been partially replaced.

But he told aldermen that the city may need to increase water rates in the future to cover costs of the project, though he’s not recommending a rate increase at this point.

The lead service line issue was presented as a discussion item and the City Council took no action on it at Monday’s meeting.

Some other communities, including Madison, Wisconsin, have already completed programs to replace all of their lead water service lines.