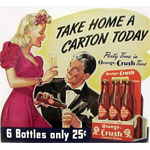 "It's the only commodity we sell at a profit," Bobkiewicz told the told the Economic Development Committee Wednesday evening.

He said just one big new water user — for example a soft-drink bottling plant — could generate as much as $100,000 a year in revenue for the city.

He suggested that even if the plant were located outside of Evanston, but in a town served by Evanston's water plant, the city would still benefit.

As one of a handful of municipalities in the region that have access to Lake Michigan water and the capacity to distribute it to other communities, Bobkiewicz said Evanston is well positioned to grow its water sales.

Committee member Raymond Zenkich expressed some doubts about the concept. "Should we give people vouchers who install sprinkler systems?" he asked.

Bobkiewicz responded that because of climate action plan goals, individual customers are gradually using less water, but if a new, clean industrial use could be lured here, the city would profit.

"Obviously we don't want something that would pollute the Fox River or the Des Plaines River," he added.

Having a soft-drink bottler use Evanston water isn't actually a new concept.

For much of the last century, Crush International, now owned by the Dr. Pepper Snapple Group, had a plant here, located at 2201 Main St.