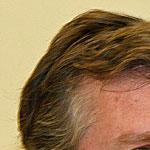 After a summer lull, the debate over how many people should be able to live together in Evanston is scheduled to resume next month.

The dispute involves a city ordinance — long on the books but never effectively enforced — that tries to limit to three the number of unrelated individuals who can share a dwelling unit as a “family.”

But the same ordinance imposes no limit on the number of people in a “family” dwelling unit if those people are related to each other.

Nearly three years ago, city officials started talking about stepped up enforcement of the ordinance as part of a plan to license rental properties — which led to cries of outrage from landlords and from Northwestern University students, who gave the ordinance the catchy label of the “brothel law.”

Finally, at a Planning and Development Committee meeting last May, Alderman Donald Wilson, 4th Ward, proposed a reformed version of the rule.

Though discussion of the proposal was slated to take place over the summer, Wilson said he first wanted to meet with community members and students to discuss the issue before it went to the Zoning Committee of the Plan Commission for review.

After meeting with non-student residents, NU student government representatives and others, Wilson hopes to present a revised version of his original proposal at a Zoning Committee session Sept. 18.

(A staff memo prepared for a July meeting of the committee provides further background on the issue.)

But rather than reform the rule, Howard Handler, government affairs director for the North Shore Barrington Association of Realtors, said his organization would rather the city scrap it altogether.

Handler says the law negatively affects NU students and the city should “get out of the business of defining what a family is.”

When asked when the law was first established and what its purpose was supposed to be, Wilson said he didn’t know, but believed the rule was intended to prevent overcrowding.

Handler, on the other hand, believes the rationale behind the rule was to control where NU students could and could not live.

With soaring tuition prices and other costs, students often look for housing that allows for several roommates, thereby decreasing rent and other household costs.

But Wilson said he’s “not personally aware of it being enforced at all anywhere.” The reason for that, he said, is that the law, as it stands, doesn’t make a lot of sense, nor is it good policy.

Handler and his association argue that the city already has sufficient regulations – apart from the so-called brothel ordinance — that tackle the issue of overcrowding.

But these regulations, Wilson said, could possibly be circumvented, and that this law should be used to prevent such an instance.

Though he plans to propose a reformed version of the law, rather than eliminate it as Handler and NSBAR have suggested, Wilson said he’d prefer the new law to focus on building construction rather than the number of unrelated people living in a home.

After review by the Zoning Committee the proposal will be reviewed by the full Plan Commission and then sent to the City Council for a final vote.