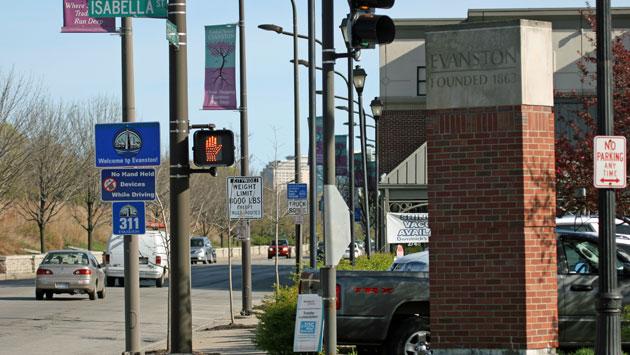 The “Evanston – Founded 1863” monolith at Green Bay and Isabella, surrounded by other signs.

In the midst of a discussion about how to celebrate the city’s upcoming 150th anniversary, City Manager Wally Bobkiewicz had just suggested adding an anniversary logo to the brick monoliths at some entrances to town.

That’s when the mayor said that when a professional video team was trying to create a promotional video for the city, “finding a welcoming entrance was extremely difficult.”

The mayor said as soon as people hit the welcome sign they’re also faced with an array of warnings — “don’t use cell phones, not a truck route, all those things you can’t do.”

“Maybe putting all the ‘you can’t do’ signs a little further away would be a good thing,” the mayor suggested.

Could she be right? 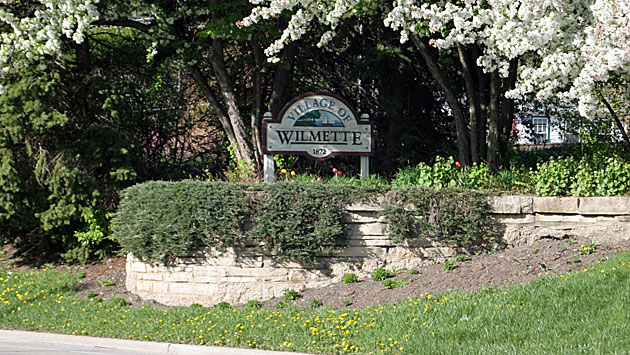 We looked north and saw the welcome sign for Wilmette, and noted that other than a “Tree City USA” sign and some no-parking signs, nothing else cluttered the northbound driver’s view for a block or more.

Then we turned south and checked for signs in the first block in Evanston. Here’s some of what we saw. 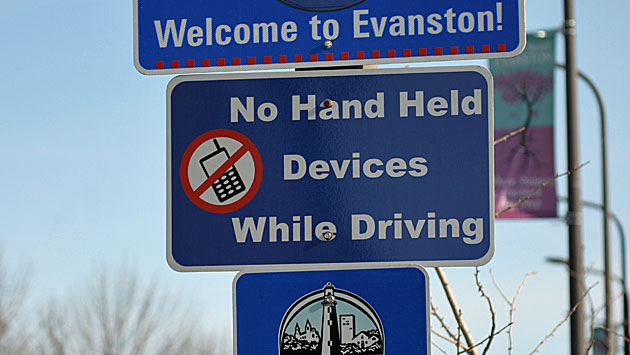 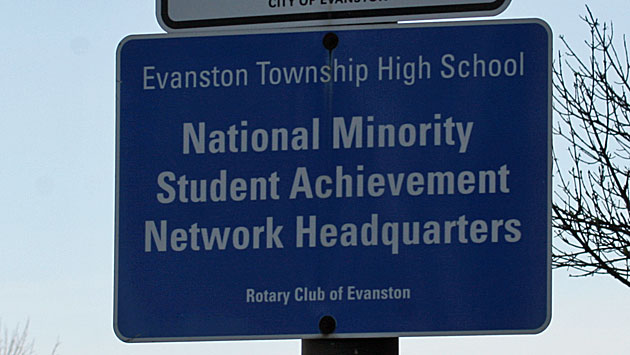 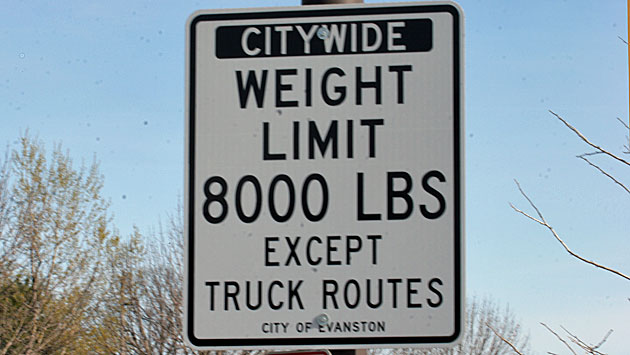 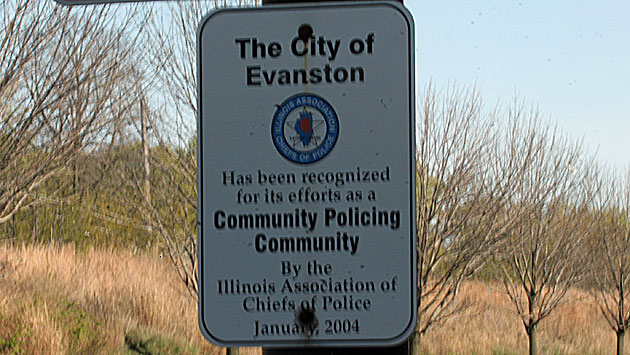 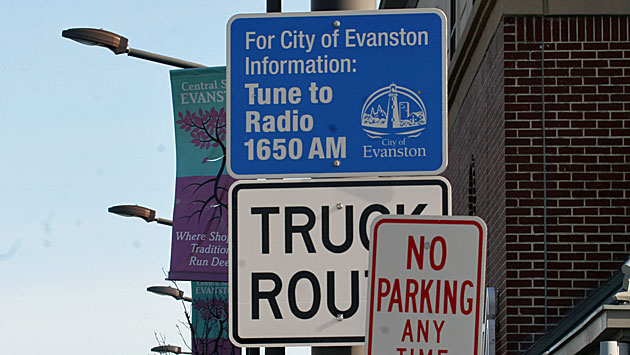 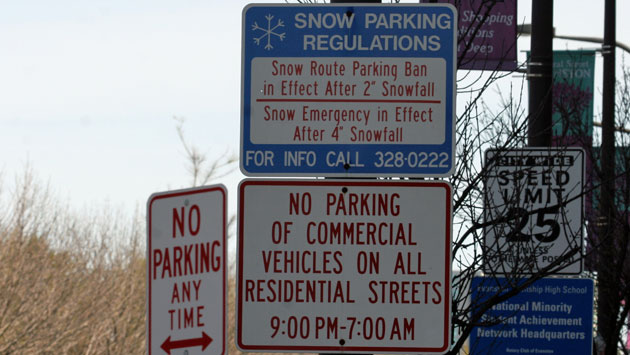 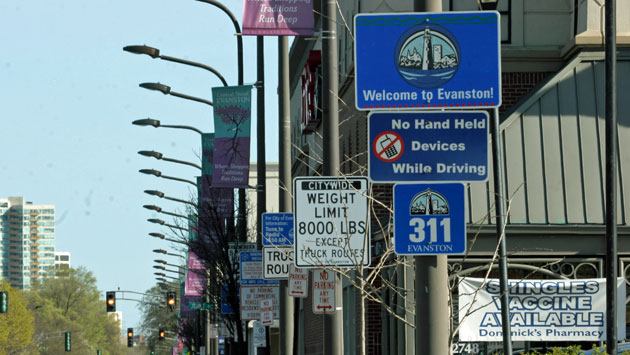 So, that’s the picture. We invite your comments on what — if anything — Evanston should do about it.