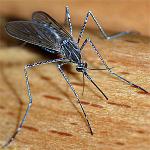 The City of Evanston’s Health Department has received a report of the first human case of West Nile virus in the city this year.

The case was reported in a 60-year-old resident of Evanston. Fifteen other Illinois residents with West Nile virus have been reported this year, while 117 cases were diagnosed in 2013.

West Nile virus is transmitted through the bite of a mosquito that has picked up the virus by feeding on an infected bird. Common West Nile virus symptoms include rash, fever, nausea, headache, and muscle aches. Symptoms may last from a few days to a few weeks.

However, four out of five people infected with West Nile Virus will not show any symptoms. In rare cases, severe illness, including meningitis or encephalitis, or even death, can occur. People older than age 50 are at higher risk for severe illness from West Nile virus.

The best way to prevent WNV or any other mosquito-borne illness is to reduce the number of mosquitoes around your home and to take personal precautions to avoid mosquito bites. Precautions include:

For additional information about the West Nile virus, check the Illinois Department of Public Health online at www.idph.state.il.us/envhealth/wnv.htm, or call or text the Evanston Health Department at 847-448-4311.