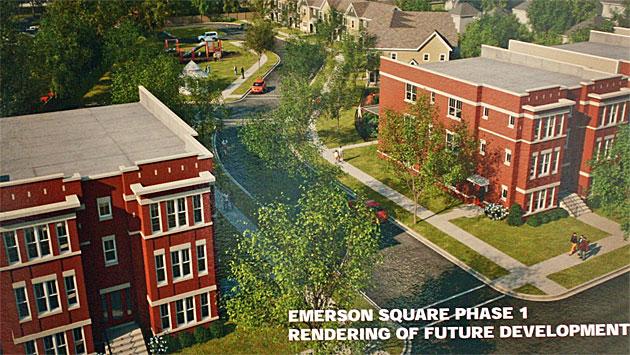 Brinshore Development took plans for 32 new rental housing units on the abandoned Bishop-Freeman factory site to a public meeting across the street at Evanston’s Fleetwood-Jourdain Community Center Tuesday night. And the plans came in for familiar criticism from familiar critics.

The Emerson Square project calls for using a small portion of the $18.1 million Neighborhood Stabilization Program grant the city received from the federal government to leverage private funds raised to qualify for tax credits for a project that developer David Brint said would likely ultimately cost around $11 million.

Most of the stabilization grant funds are being used for a program already underway to rehabilitate 100 units of foreclosed and abandoned existing single family homes and small apartment buildings — half for sale and the other half to be held as rentals. 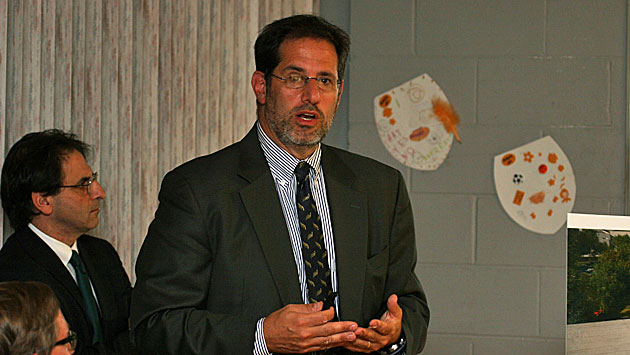 Top: A rendering of the project. Above: David Brint of Brinshore Development speaking at the meeting.

City officials and Brinshore anticipate a second phase at Emerson Square that would add the former railroad right-of-way now being used for storage by an auto dealership to the development. But Brinshore hasn’t yet been able to secure the private investor funding to move forward on that. 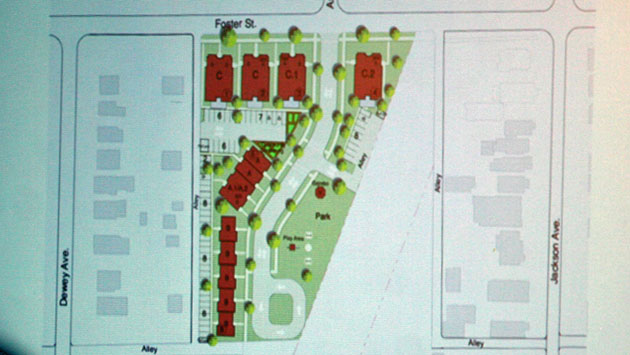 The plan for the project calls for four brick six-flat buildings facing Foster Street, with a unit in one of those buildings to be used as a management office. Down a new extension of Ashland Avenue there would be nine frame townhouse-style units, facing a 10,000 square foot park.

Rents for the units would range from deeply subsidized to market rate: 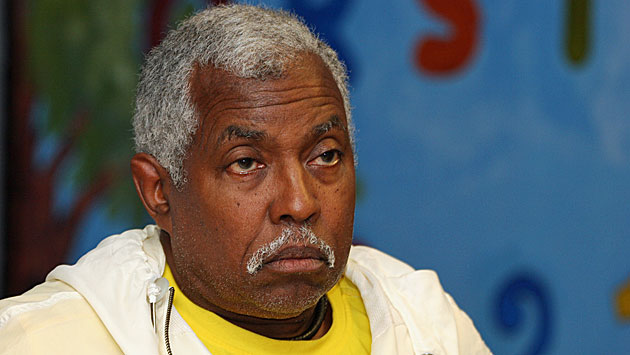 Carlis Sutton, not happy with the plan.

Carlis Sutton, who lives about 1,000 feet from the development site, at 1821 Darrow Ave., said the public meeting was a charade.

“Our concerns will not really be addressed here. You don’t really have citizen participation,” Sutton said.

Priscilla Giles, of 1829 Ashland Ave., complained that the site would be better used as park land or for a new school.

“This is taking advantage of the disadvantaged,” Hudson says. “We live here, and we know what rental properties end up like in our community. We don’t need any more housing. The area is too congested already.”

Brint said that Brinshore would work to assure that the tenants in the new project became good neighbors by requiring criminal background checks, checks of their housekeeping habits, drug tests and by requiring that tenants work at least 30 hours a week. 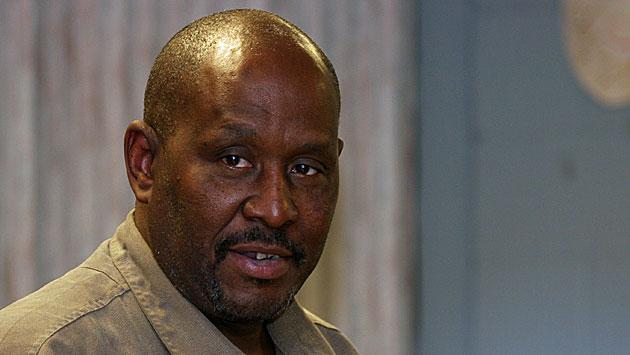 Lonnie Wilson, a local contractor, offered some praise for Brinshore’s efforts to hire local subcontractors on the rehab work now underway, but said that wasn’t changing life in the immediate neighborhood around the site.

“As wonderful as you guys have done,” Wilson said, “you need to find a way that the real impact of these dollars hits people on Jackson and Wesley. To be honest with you, nothing has changed for them.” 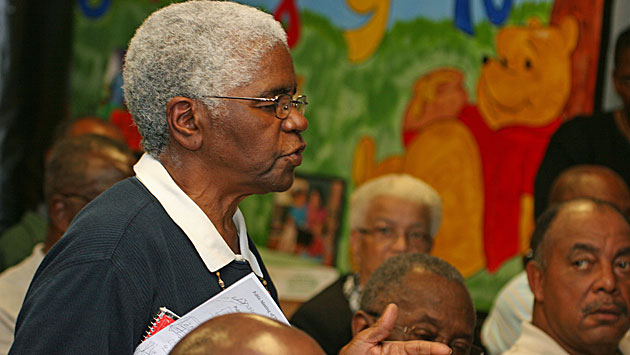 Housing activist Betty Sue Ester raised more than a dozen questions about the project — including whether it would be safe to clean up contamination at the site while construction was underway.

A Brinshore official said that process is typical for such projects, that much of the contamination would be removed prior to construction, but some would be encapsulated, by covering it with a layer of dirt during the course of construction. 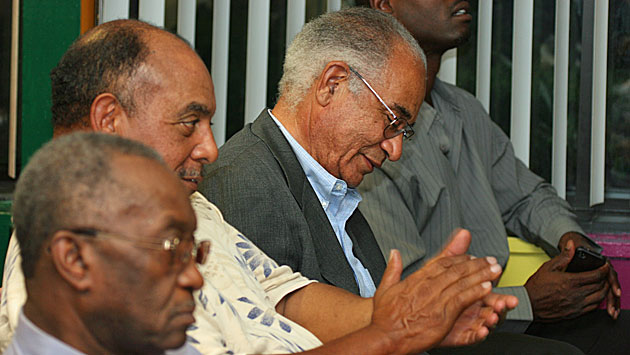 Bennett Johnson, of 708 Washington St., said he was concerned that the project would lead to gentrification and a reduction of the number of black residents in the neighborhood.

And he argued that minority contractors should be able to get an ownership interest in the development.

The process is expected to be relatively straight forward, because the developer is not asking for any zoning variations. Brint said that if the approval process moves smoothly, Brinshore could break ground on the project next April or May.