About 80 people turned out Thursday for town hall meeting about improving community life on the city’s west side. 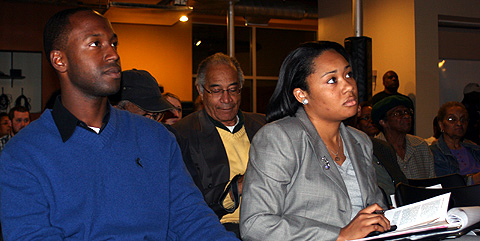 Diversity and affordable housing were two main themes of the session sponsored by the Evanston Community Development Corporation and hled at the new Boocoo cultural center at 1823 Church St.

Residents noted that while Evanston residents typically claim to be proud of the city’s economic and ethnic diversity, various neighborhoods within the city are far less diverse than the community as a whole and some suffer from far more severe social problems.

And, as Alderman Delores Holmes, 5th Ward, said, the community needs to figure out what it means when it talks about affordable housing.

"Change will happen," Ald. Holmes said, "and we can’t have all single family homes, because they’re too expensive. We need to have townhomes and condos to make it affordable." 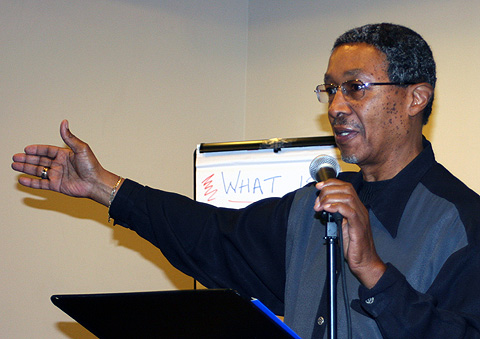 Former Evanston Police Chief Bill Logan an ECDC board member, said the group wants to make it possible for current residents to stay on the west side as the area is redeveloped.

Residents also said there’s a need for stronger job training programs for young people — especially for those who are school dropouts and have gotten in trouble with the law but now want to turn their lives around.

Several older residents said they believe there was a stronger sense of community when they were young — that parents looked after each others’ children and tried to be good role models for them.