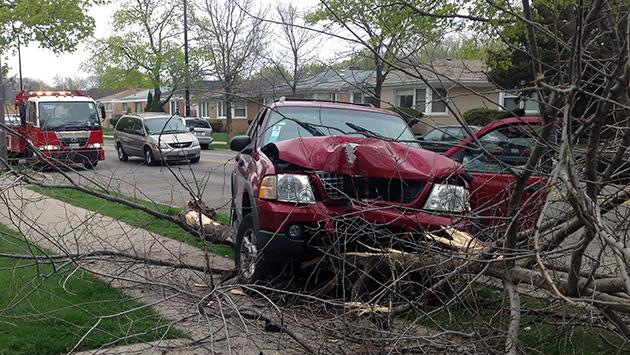 After our story last week about what streets have the most traffic accident in Evanston, readers asked how the rankings might change if the figures were adjusted for the volume of traffic on each street.

Thanks to traffic volume numbers provided by Sat Nagar of the city’s Public Works Agency, we have answers.

The chart above takes the number of accidents on each street in 2018 provided by the Police Department, and divides it by the average daily traffic volume on each street provided by the Public Works Agency times 365 days in a year, then multiplies the result by two to account for an assumption that the typical accident involves two cars.

The chart then expresses the result as your chance of being involved in an accident per 100,000 trips on a particular street.

It’s worth noting that there may be a few oddities in the data. For example the traffic volume data for Howard Street counts traffic on both sides of the street that forms the border between Evanston and Chicago, while the accident data only counts accidents on the street handled by Evanston police — which may only be about half the total.

We also only gathered traffic volume data for the dozen streets with the highest number of accidents. So it’s possible that some other streets with fewer total accidents but low traffic volumes might rank higher in the relative risk calculation if they were included.

As you can see, adding traffic volume to the calculation does change the rank order of streets, but Ridge Avenue still appears to be the riskiest, and Sheridan the safest among the dozen streets studied.