With the city running a contest to tout its new set of aerial photos of town, an Evanston Now reader asked just how good are those new photos and how much did they cost?

Pat Keegan, who runs the city’s geographic information systems unit, says the photos, shot last spring, cost $30,625 and have 16 times the resolution of the most recent previous images — photos released by the U.S. Geological Survey in 2005 that are still being used by Google maps and other commercial services. 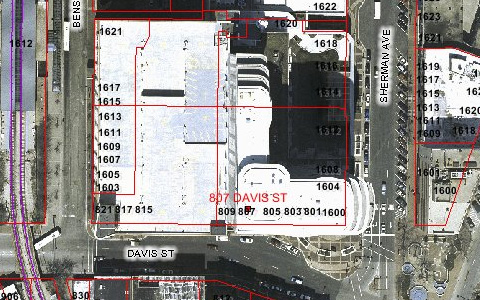 Sherman Plaza in 2007 aerial photo on the city’s website.

He says the extra resolution makes the new photos a lot more useful for recording the location of small objects in the city infrastructure — like fire hydrants — and for spotting whether people put up home additions without pulling building permits.

Not to mention that in the new photos Sherman Plaza is transformed from a hole in the ground to an almost finished building. 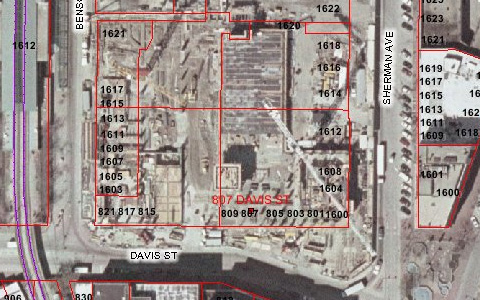 There’s still a few more days to enter the contest — which features a large scale photo image of the city as a prize. Details about that — here.