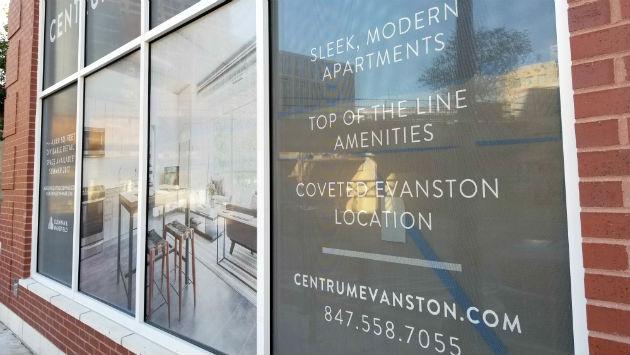 What seem like sky-high rents are being asked for some new high-rise buildings in town, but that’s only a small slice of the overall rental housing market in Evanston.

Centrum Evanston, the newest downtown high-rise, is asking a minimum of $2,638 a month for a two-bedroom apartment. 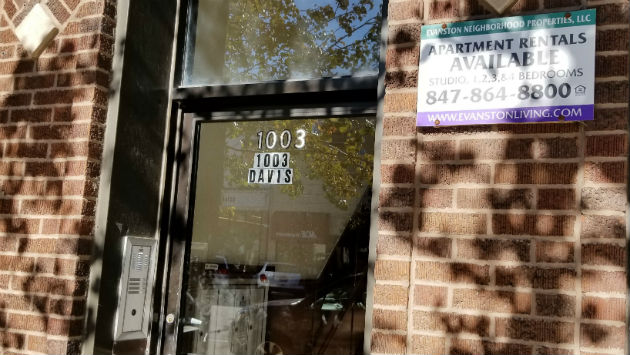 A consultant’s report included with the packet for Wednesday’s Plan Commission meeting says the average rent for a two-bedroom apartment in developments surveyed on the North Shore is $2,675 a month.

It projects that, with continuing high demand for high-end properties, the 601 Davis St. project would be able to command rents for a two-bedroom unit averaging $3,200 a month.

But John Ruckdaeschel, a broker with Apartment People in Evanston, says two bedroom units can easily be found in vintage buildings here for between $1,300 and $1,600 a month.

The reality is that the market is segmented — based on a building’s location, age and amenities. 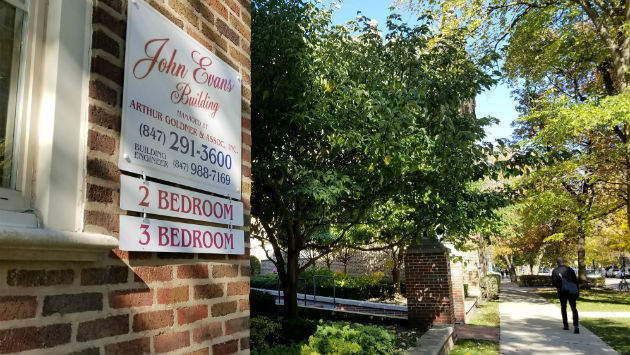 Appraisal Research Counselors, which prepared the report presented to the Plan Commission, considers the competition for the 601 Davis project to be just 10 buildings in Evanston with a total of 1,414 units, plus one 75-unit development in Wilmette.

The oldest of those competing buildings, Evanston Place, was built in 1991, and most were added to the market starting in 2013.

That high-end market — referred to as “Class A” properties by ARC — amounts about 10 percent of the total rental housing stock in the city, according to the U.S. Census Bureau’s American Community Survey.

ARC says “Class A” properties generally have been constructed since the early 1990s and often have open layout floor plans, 9-foot ceilings, in-unit washer and dryer, high-quality cabinetry and frequently granite counters and stainless steel appliances. And the buildings typically have a fitness center and a swimming pool.

By the time you descend to ARC’s “Class C” properties, you’re looking at 1970s construction, typically with galley-style closed kitchens, average quality cabinetry and laminate counters and a laundry room in the basement.

With nearly 47 percent of Evanston’s housing units built before 1940, and another 39 percent built before 1990, according to the Census Bureau, it’s clear that most of the rental stock here has long since aged out of the flashy new premium-priced market segment if it ever was part of that sector to begin with.

Most of our vintage housing stock — generally in smaller buildings that often have mom-and-pop landlords — isn’t of interest to the firms tracking real estate trends — who are selling their reports to professional developers looking to build large new projects.

Take CoStar, a service the city subscribes to for data on real estate market trends. CoStar tracks 7,627 apartment units in Evanston including 2,325 downtown — missing roughly half the citywide total. 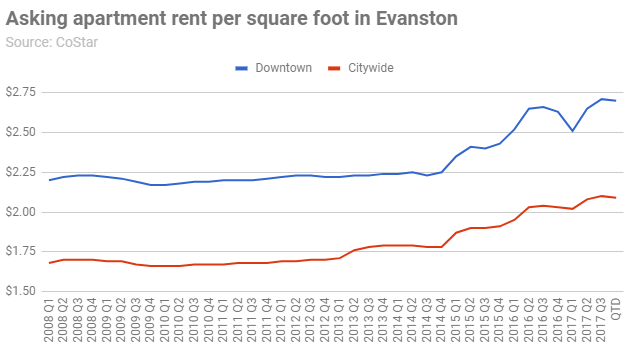 For the mostly high end portion of the Evanston apartment market tracked by CoStar, this chart shows the change in rent rates over the last decade. Note that downtown apartments are included in the citywide figures.

Albion Residential used CoStar data in its planned development application to the city for the recently approved 1450 Sherman Ave. development. Looking at eight comparable buildings — mostly the same ones included in the 601 Davis study from ARC — the Albion developers found that their competitors were on average charging $3,024 for a two-bedroom apartment.

CoStar reports to the city show that the average asking rent for downtown apartments in its database, regardless of unit size, is $2,161, while the citywide average is $1,698.

But since CoStar’s database is heavily skewed toward new, large, professionally-managed developments, it can’t answer the question of what the actual median rent in Evanston is.

It appears the only survey that doesn’t skew toward high-end properties is the one conducted by the Census Bureau — which says the median rent here is $1,200 a month.