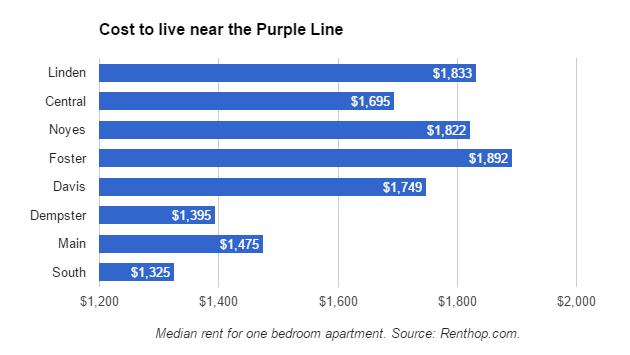 Some fresh data out today that could help evaluate the plausibility of rent rates being proposed for new downtown Evanston developments and also be of use if you’re looking for a new apartment.

A website called RentHop.com has compiled data on the median cost of renting an apartment near — typically within one-eighth of a mile of — transit stations all across the CTA system.

We pulled out the data for the Purple Line running through Evanston and found that there’s a wide range of prices — from a high of $1,892 at the Foster Street station near the Northwestern University campus to a low of $1,325 near the South Boulevard stop at the south end of town. 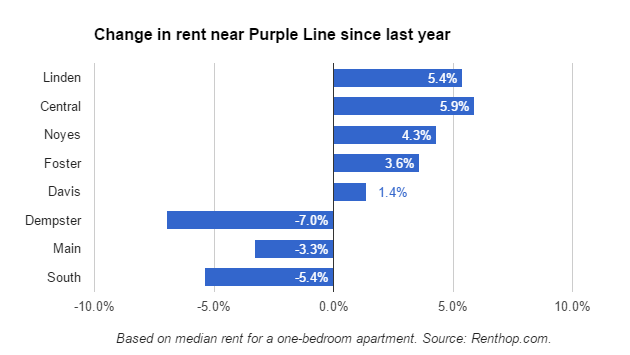 And RentHop says asking monthly rents have risen north of Dempster Street over the past year, while they’ve fallen in the south end of town.

The RentHop data doesn’t distinguish between new construction and vintage units, which tend to rent for less. While there’s been some new construction all along the Purple Line in recent years, the heaviest concentration has been near the downtown Davis Street station.

You can explore the entire RentHop database using the interactive map. You’ll find there are comparative rent bargains just across the Evanston city line in Chicago’s Rogers Park neighborhood.