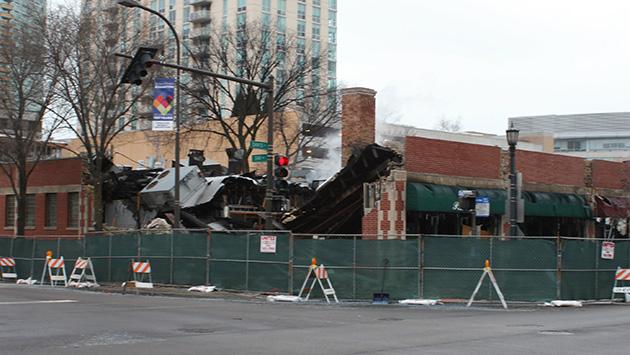 Owners of three downtown Evanston businesses and the building that housed them are faced with major decisions in the wake of Sunday's fire that destroyed the building.

The one-story structure at 1029-31 Davis St., according to the county assessor's office, was built 117 years ago.

Current D2 zoning for the block would allow a new building up to 82 feet high — as long as 40 feet of that height was devoted primarily to parking. 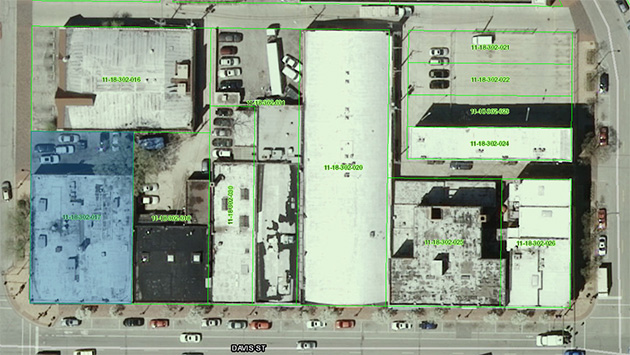 The lot containing the burned building, highlighted in blue on this Cook County property map image.

But the size of the parcel, less than 11,000 square feet, and other zoning code requirements may make it difficult to design a building of any more than three stories for the site.

Several years ago, when the city was revising its downtown zoning, the Plan Commission proposed reducing height limits on that block of Davis Street, but after owners of some of the properties objected, the City Council opted to leave them unchanged.

George Radaios, 66, who has co-owned the building with his brother for a quarter century, told the Sun-Times Sunday, "It’s a beautiful building. You have to rebuild — and that’s what we’ll do.”

But depending on how long the rebuilding process takes, the business owners may not be able to wait.

Kelch says he'll try to rebuild, but since he's also closing his other Evanston restaurant, LuLu's, "our current thought is possibly redoing both of them as seperate entities but in one location."

Taco Diablo had been open for about 18 months when the fire hit.

Although the Pine Yard restaurant, where the fire began, has been in Evanston since 1970, it was originally at 924 Church St., and only moved to 1033 Davis in 1999 when its original location was torn down for the redevelopment project that became the 909 Davis building.

Current owner Simon Wen, who has only owned the restaurant for seven months, told the Chicago Tribune he plans to reopen. 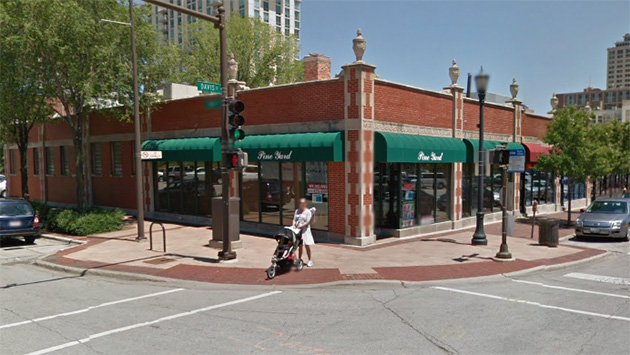 The building before the fire, in an image from Google Maps.

Update 10:21 a.m.: Asked this morning about possible city assistance to help the rebuilding effort, City Manager Wally Bobkiewicz said it's "a little early to know about next steps. I know we are in various stages of communications with property and business owners since yesterday about immediate issues. We will discuss with each next steps soon."

Bobkiewicz added that the building and the three businesses are "all very important to Evanston. We will work with them to move forward."