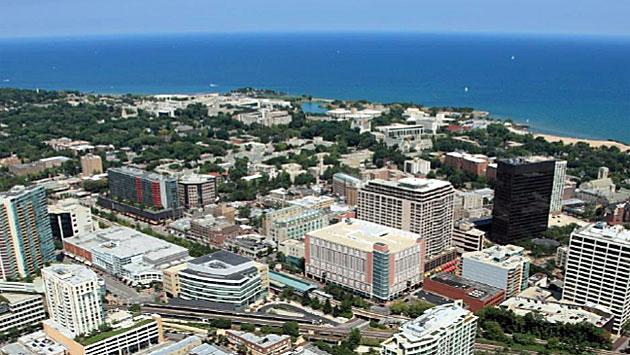 Analysis: Evanston aldermen this week signed themselves up for what may well turn out to be an impossible task — trying to make housing affordable in the city.

Housing advocates argue that people should not have to spend more than roughly a third of their income on housing — that above that level housing expenses start to crowd out other spending that’s important to living a decent life.

The latest numbers from the U.S. Census say that the following percentages of people spend more than 35 percent of their income on housing:

So, we can see that the housing affordability issue is somewhat more severe in Evanston, but not radically different from that across the state.

The same Census Bureau report also says that Evanston has:

So, you do a little math and find out that Evanston needs:

The housing advocates — in a package of proposed amendments to the city’s inclusionary housing ordinance that the aldermen Monday night decided weren’t ready for prime time —  have suggested that a subsidy of $100,000 could create one affordable housing unit in Evanston.

At a cost of $100,000 per unit, creating 10,123 affordable units would require a subsidy of just over $1 billion. To put that in perspective, it’s roughly four times the city’s entire annual budget.

And, solving the problem the way housing advocates have proposed, by squeezing the $100,000 out of developers at a rate of one $100,000 subsidy for every nine market rate units built, means we’d need to add a total of 101,230 new housing units to the town to get the 10,123 affordable ones.

At our current average of 2.6 residents per dwelling unit, that means we’d be adding 263,198 new residents to Evanston in the process of solving the housing affordability crisis.

Considering that a lot of Evanstonians seem to be opposed to any growth — it certainly will come as a shock to them to see that the solution involves increasing the town’s population to roughly 338,000 people — making Evanston by far the second largest city in the state, after Chicago, and giving it a population density of roughly 43,000 people per square mile — substantially greater than that of New York City.

And there’s one other little problem with the plan. There’s nothing to prevent some proportion of the nine-out-of-10 new residents who won’t be getting a subsidy from taking on more housing cost burden than the affordable housing advocates think they should — thus perpetuating the problem the housing advocates seek to solve.